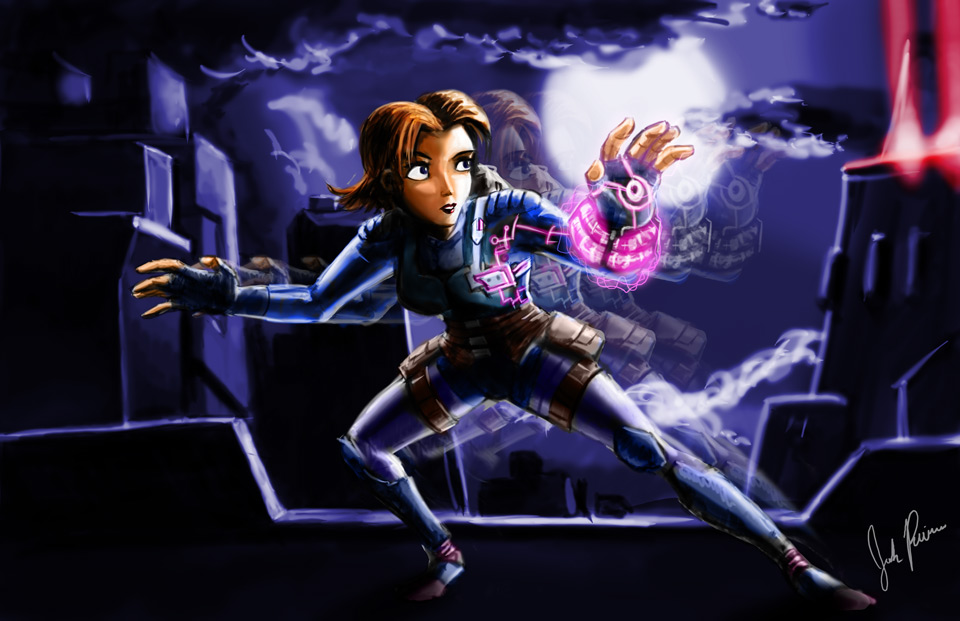 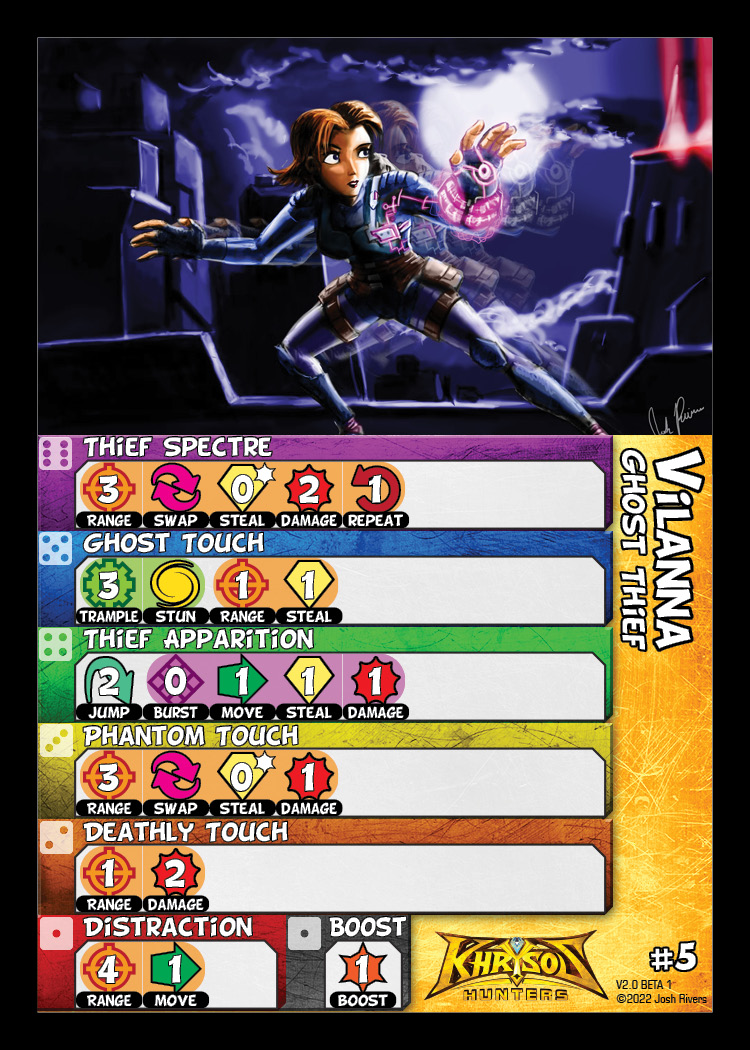 Orphaned at age 5, Vilanna spent her early years as a petty thief and pickpocket. When she was 8, she attracted the attention of a master thief called Spectre.
Spectre took her under his wing as his apprentice and trained her to use a new gadget he had acquired: the Ghost Touch, a phase warping device worn on the hand that could allow the user to turn invisible for short periods of time. It could also allow for short teleport hops and could even let you walk through walls. Unfortunately for Spectre, no sooner had Vilanna learned what she needed, she stole the Ghost Touch from him and struck out again on her own.
Now, years later, she is striking out for the next big score: Khrysos. Armed with the Ghost Touch, training, experience and not much conscience to get in the way.

“I’m really good at getting away with things. Especially other people’s things.”
Vilanna
© Josh Rivers