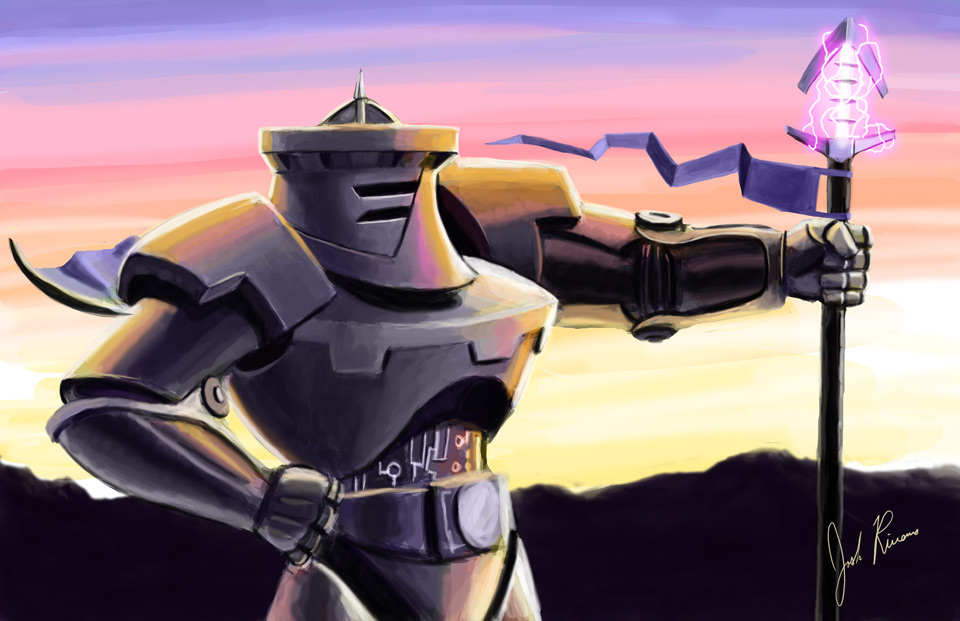 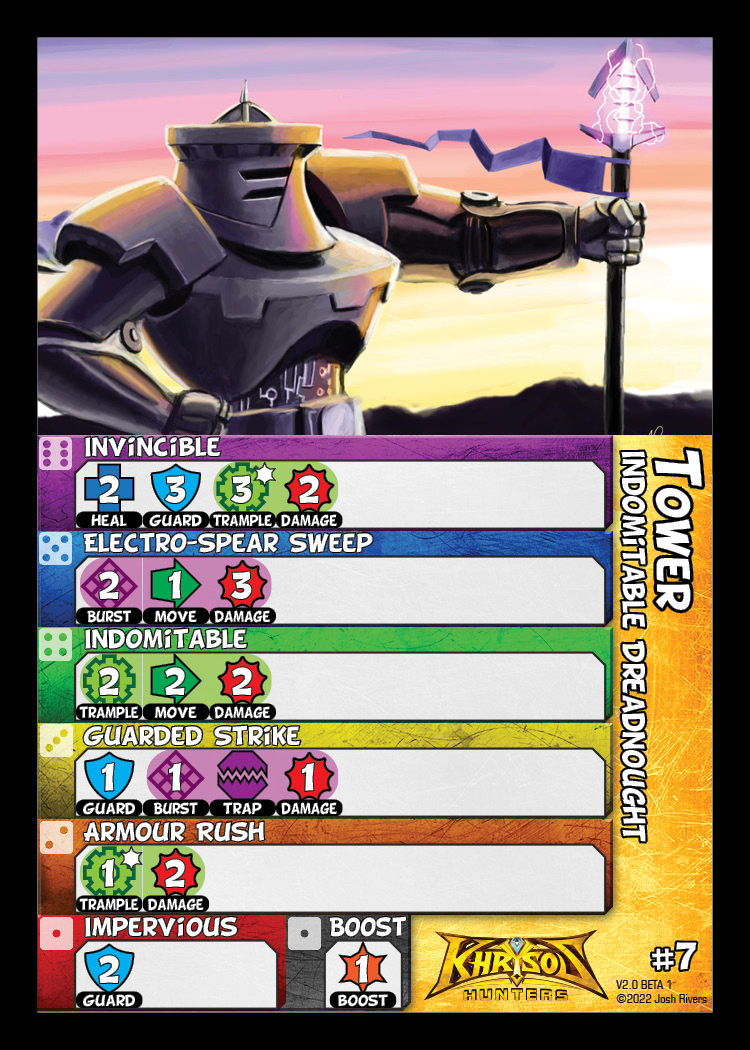 While Tower has no guard, he cannot be moved by another hunter.

Tower has always been the collected one of the group, which is pretty easy when you are competing with Burn and Salvo. He has a degree in engineering but moved into bounty hunting because he claimed it was more relaxing (he’s got odd taste). He has spent a number of years as an explorer making many groundbreaking discoveries. Always one with the cool head, Tower once saved a whole settlement from a volcano and a flood at he same time. Always a shrewd businessman, he didn’t refuse the reward. To this day he still gets free food there when he visits.

“The Way of The Dreadnaught is subtlety and tactics. Be patient, let your foe come to you and then strike with the element of surprise.”
Tower
© Josh Rivers