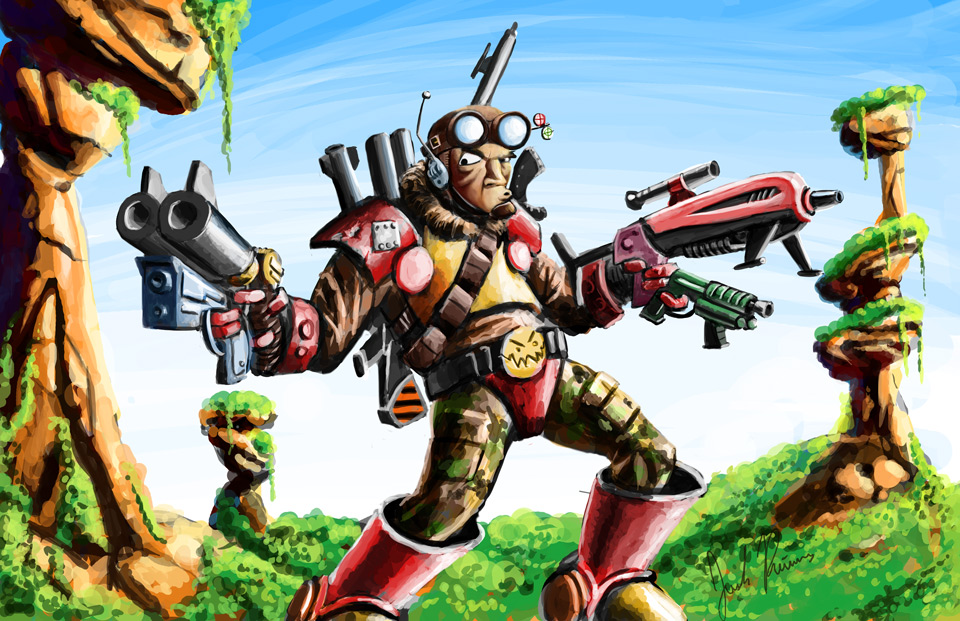 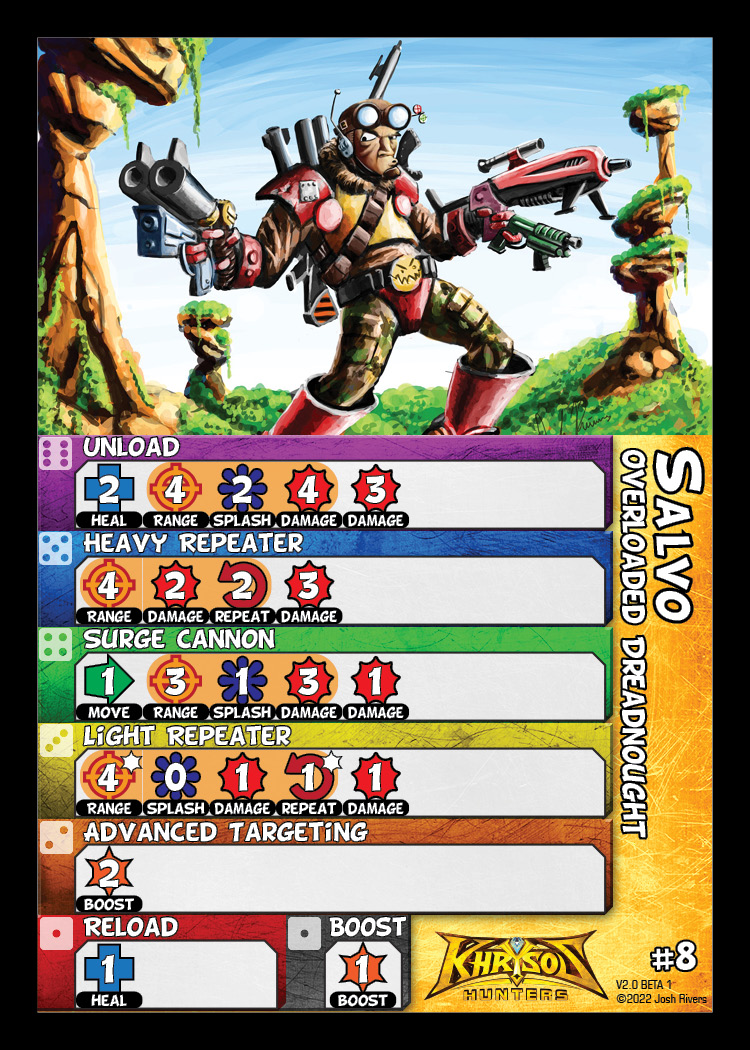 You may take 1 damage to reduce the energy cost of an action by 1. Can be used once per turn.

There are three members of the Bounty hunter team The Dreadnoughts. The average number of guns each member uses at any given time is more than two. As the only one that actually uses guns, Salvo skews the average quite a bit.

To some people quantity is more important than quality. To Salvo, quality was never a viable option anyway so quantity became a personality trait.

Salvo developed his own combat style called AFCBATFIYHET, which stands for "Any Finger Can Be A Trigger Finger If You Have Enough Triggers".
He may not always hit what he's aiming at but he'll almost always hit something! (often himself)

Salvo had been a gun Runner before quitting to join with his acquaintances, Tower and Burn, to form the Dreadnoughts and bear the mantle of Bounty Hunter.

“Say hello to my little friend, and his big friend and his older sister, and the triplets and.......”
Salvo
©2022 Josh Rivers