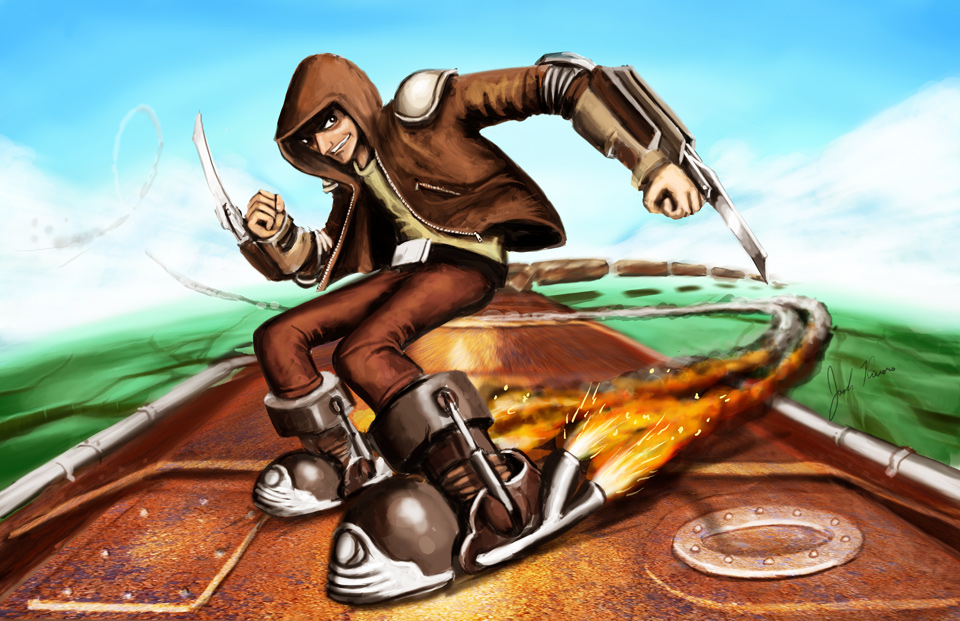 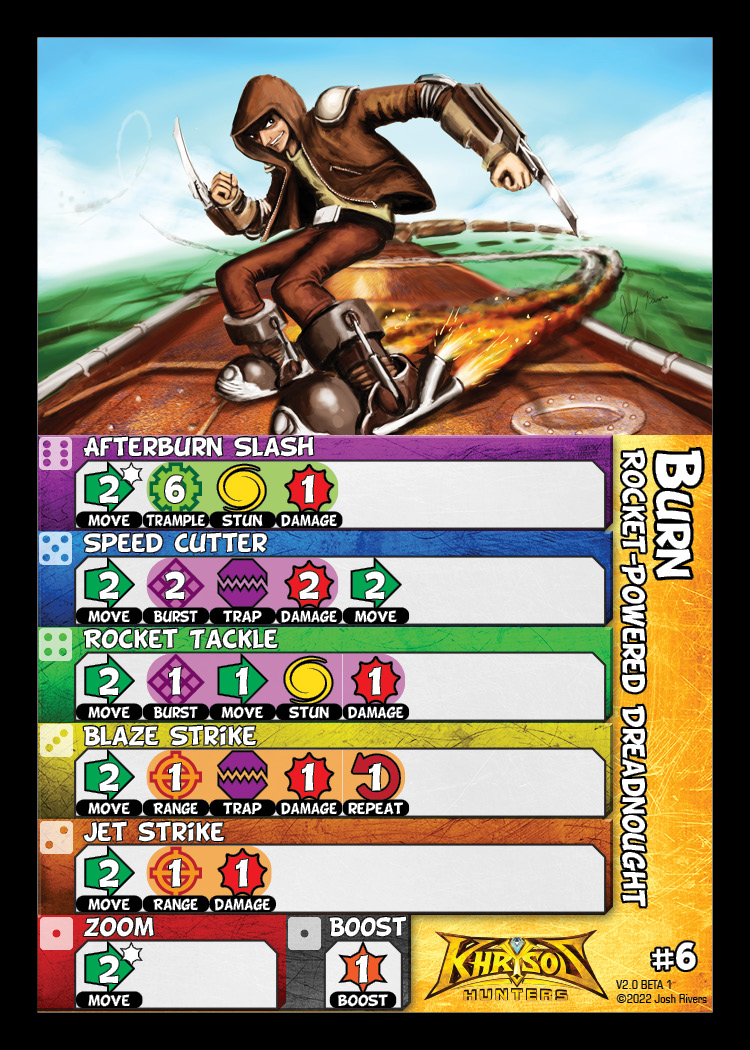 If Burn moves at least 3 spaces in a straight line before dealing damage, that damage is increased by 1

Burn is the youngest member of the mercenary team The Dreadnoughts.
Armed with retractable arm Blades, rocket boots and a blatant disregard for personal safety, he's the one to call when the destination doesn't matter as long as you get there fast.

Burn started his mercenary career as a nightrunner, a brand of stealthy foot couriers that work to move important information for shady underground criminal syndicates.

Burn got a good reputation for speed of delivery and decided to double down on his strengths and crank up his speed by strapping high powered rockets to his boots.
Surprisingly, it worked! Unfortunately they were so loud and the opposite of stealthy, he was told to drop the rocket boots or he would quickly be out of work.

He refused to give up his speed sneakers (some suspect that he wasn't actually able to get them off) so he went looking for new opportunities.

At that time, two of his acquaintances he had met through his criminal connections, Salvo and Tower, were leaving their own organizations to start a career as Bounty Hunters. Upon hearing Burn was looking for a new career path, they offered him a spot in the team.