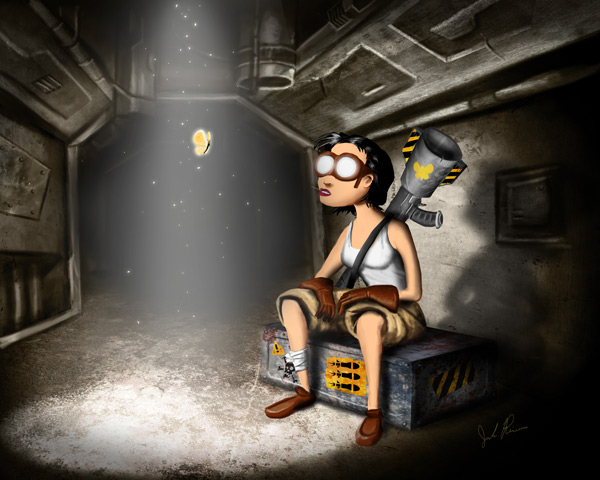 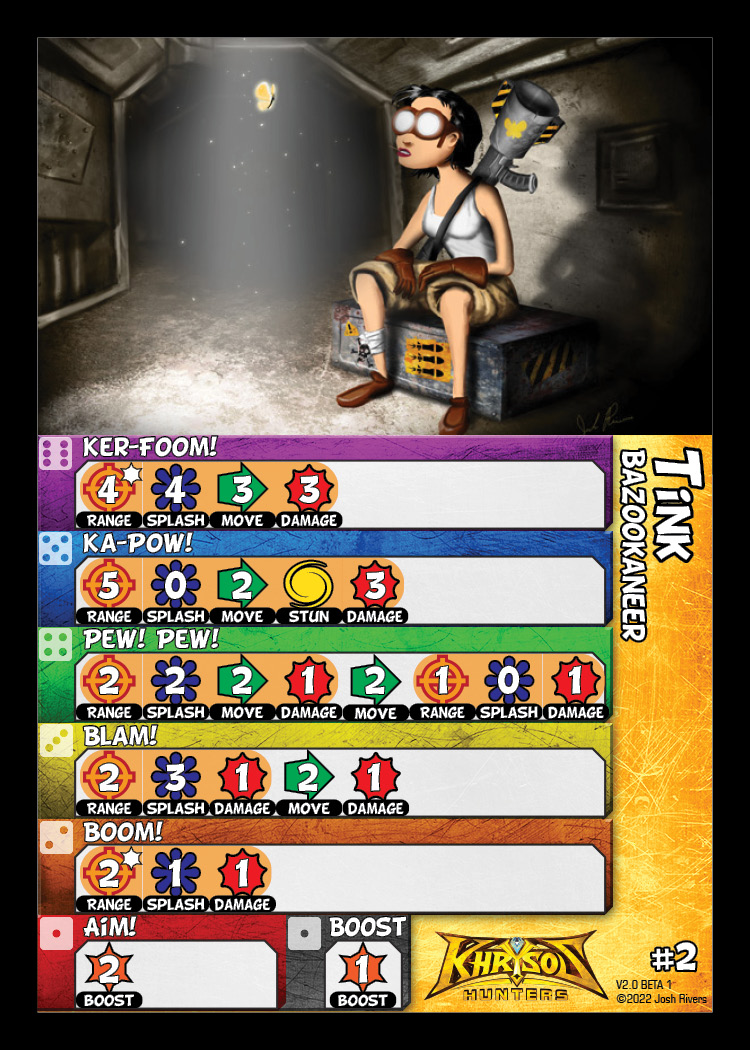 Tink is a volatile enigma.

Few people claim to know much about her, and even fewer can consider themselves her friend.

She has a reputation though, and even the toughest thugs in the galaxy get nervous when her name is mentioned. She is known as the Bazookaneer. A rocket engineer skilled in the art of taking seemingly harmless elements and twisting them together into upsettingly efficient works of explosive art.

Her proficiency focuses around the handling and wielding of heavy weaponry although she seems to have no actual military training. The leading theory is that she is self taught for self defense. While it is widely undisputed that this approach is very effective, it is also not very safe. Safety, however, is not a term that one would usually associate with Tink. In fact, most intelligent people would accurately describe her as decidedly "unsafe".

She has a history of being accident prone and has an unusually high frequency of being set on fire. Both of these are bad and yet they are both significantly worse if you regularly handle explosives.

When one of her long-time customers joined the Khrysos Hunt, she decided that she too might join along. It's a little unclear what she wants to do with the treasure. Some say it's for her unorthodox explosives experiment. Others suspect she just wants to keep them because she just likes the shiny colours. Whatever the reason, her passion makes her a fearsome opponent that will keep the other Hunters on their toes.