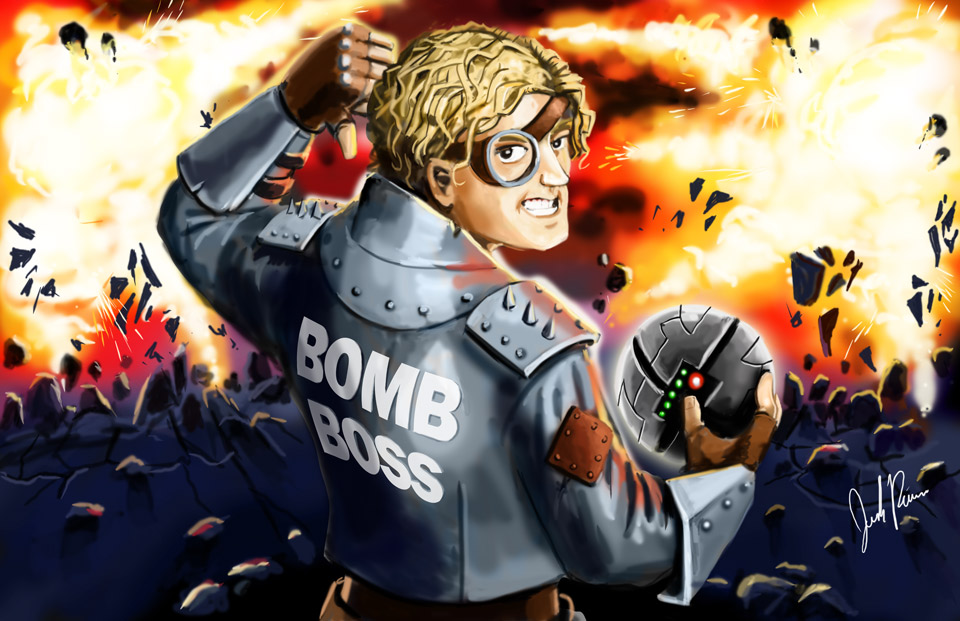 For 1 energy you may place a Bomb token at range 1.

You may do either of these actions more than once per turn.

Bomb tokens can be targeted and are destroyed if they take 1 damage.

What does it take to be the Bomb Boss? Tahno Lenn will tell you it takes years of vigorous training, a dearth of pyrotechnical knowledge, pilgrimages to the most explosive places in the galaxy, and the courage and fortitude of a supernova. Other sources will tell you it takes finding a cool jacket that says "BOMB BOSS" one day and making it your life's purpose to live up to the name thus embossed on your stylish outerwear (Or at least that's what some will say about how Tahno Lenn came to the title).

Regardless of the origins of Tahno Lenn's explosive career path, he nevertheless has earned his title. He is part demolitions expert and part pyrotechnical engineer. His bombs are lovingly handcrafted and wickedly effective.

Whatever you need blown up, he probably has a bomb for the job. If not he will happily construct one for you.

After the discovery of Khrysos treasures on the volcanic planet Gammara, Tahno Lenn knew his skills handling volatile combustibles would give him a leg up on the competition.

He set out to put his Bomb Boss skills to the ultimate test and make his fortune in the Khrysos hunt.

We're going to have a BLAST!
Tahno Lenn
©2023 Josh Rivers