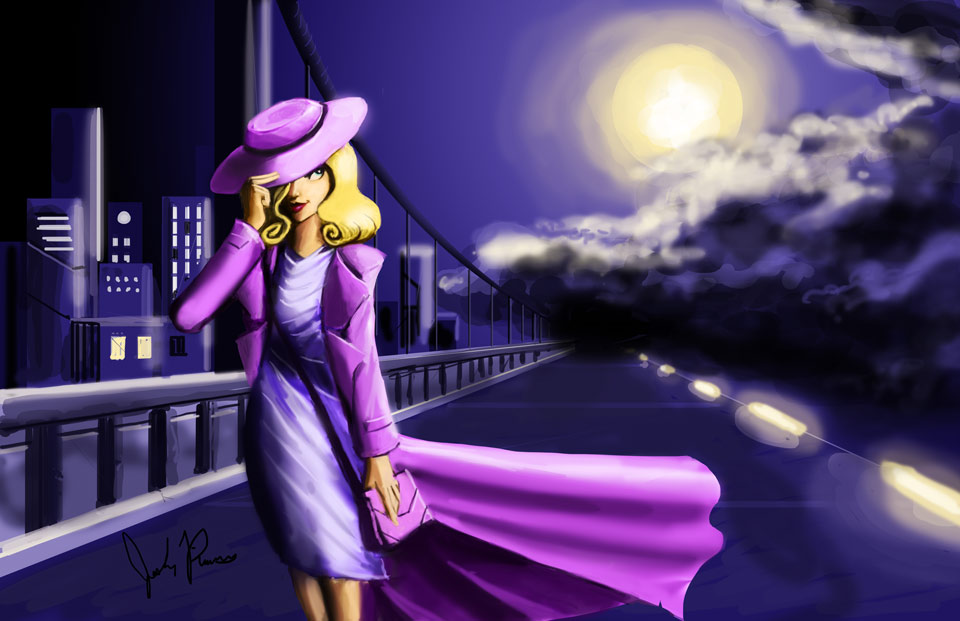 Once per turn, you may spend 1 energy to place a Secret Token on the card of a hunter at range 1.

If that Hunter does damage to another hunter you may choose to remove the Secret Token to reduce or increase the damage by 1.

Each hunter can only have 1 secret token on them at a time.

Secret tokens can be removed if the controlling player spends 2 energy.

You may not be familiar with the name Donna Gale, but chances are she knows about you.

She frequents the streets of Skyfar, from the shadows of the Lower City to the shining halls of the Grand Sky District. She seems to always be uncomfortably familiar with what everyone is up to.

She seems to actually enjoy the sense of danger that comes with her chosen profession. Savouring the cat-and-mouse chess game with the powerful people who want her to disappear with the information she has.

While those in power may look down on someone like Donna Gale as someone far beneath them, the fact is that Donna likely has as much influence… or even more… than they do.

When Khrysos was discovered, Donna, obviously, was one of the first to catch wind about it.

But it wasn't until the discovery of the Ruins of Abetan that decided to seek the treasure herself. The allure of so much mystery, secrets and wealth eventually made becoming a Khrysos Hunter irresistible. And the other Hunters will have to watch out or Donna Gale may end up learning more secrets about them than she does about the Khrysos Treasure.