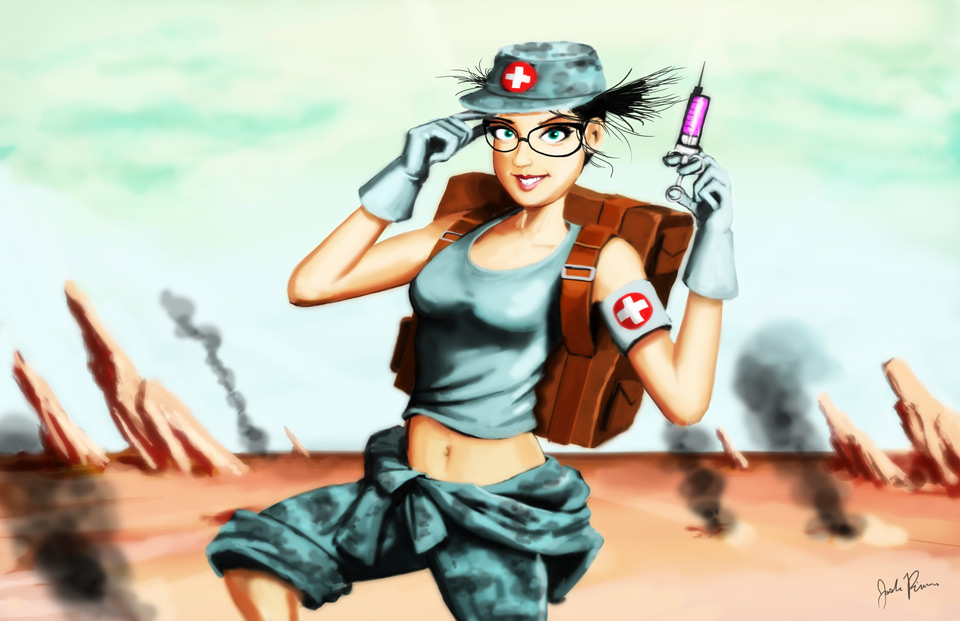 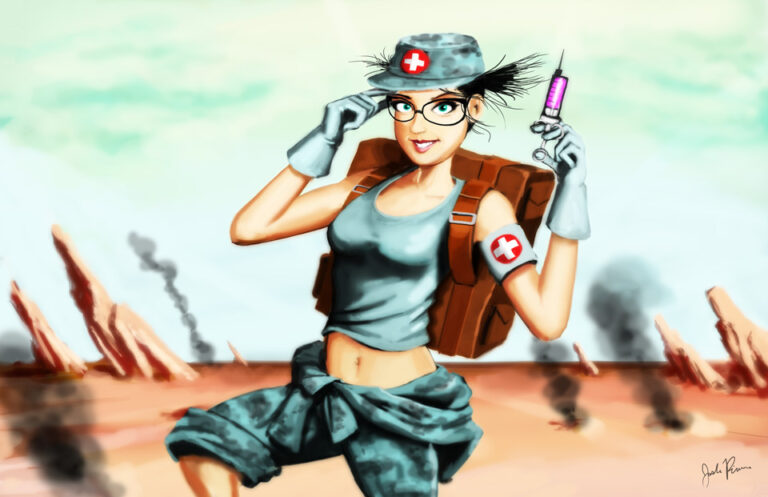 You may spend a focus card to convert all damage icons on one of her actions to Heal icons. This lasts till the end of the turn.

Liza Vii is a former Field Medic of the Royal Exton Shipping Company.

The fleet flew hundreds of runs through pirate infested space, battling their way to deliver their valuable cargo.

She was always known to be the first Medic on the battlefield with explosions going off all around her, almost keeping pace with the troops at the front line (and sometimes advancing right past them, which confused troops on both sides).

While some see her as reckless, it's hard not to be impressed with her courage in a combat zone. Not only does she not even seem to flinch under fire, she seems to get a bit of a thrill from it.

Armed with an array of medical instruments and various injection medications, she can be seen dashing around the field reviving injured troops. She does not, however, appear to have an ounce of what some refer to as a "bedside manor".

She is more often seen furiously jabbing a patient with a syringe while screaming at them to get up and keep going in a tone more akin to a drill Sargent.

While unconventional, it does seem effective as even troops who had seemed to have given up all hopes moments before are eagerly charging into combat, seeing it as a preferable situation to being Liza Vii's patient.

Liza Vii sees the Khrysos Hunt as an even more thrilling adventure and uses her trademark "treatments" to keep allies going and to terrorize her opponents.

… she terrorizes her allies too, but at least they (usually) end up in a better state afterwards.