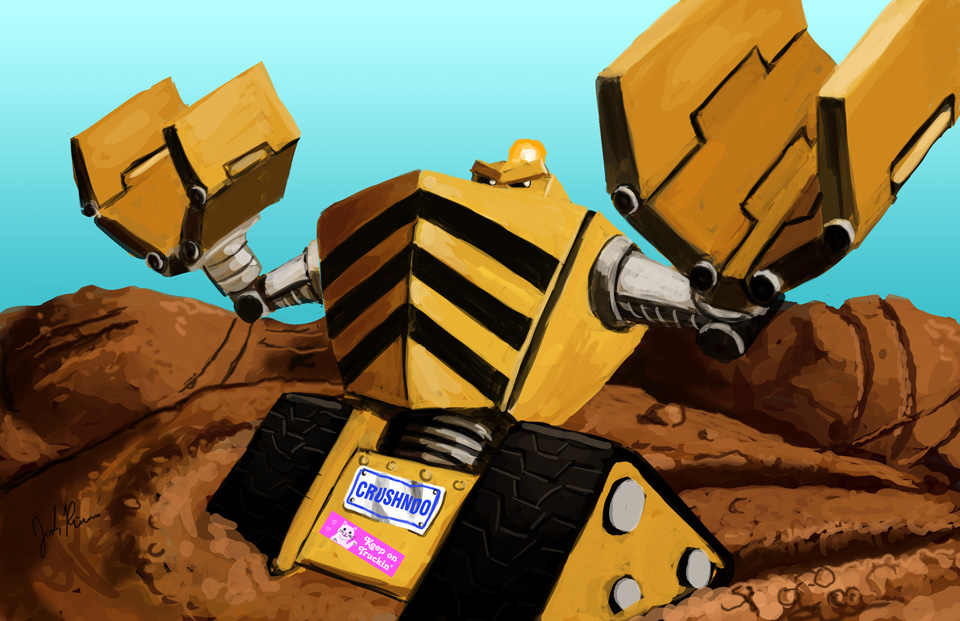 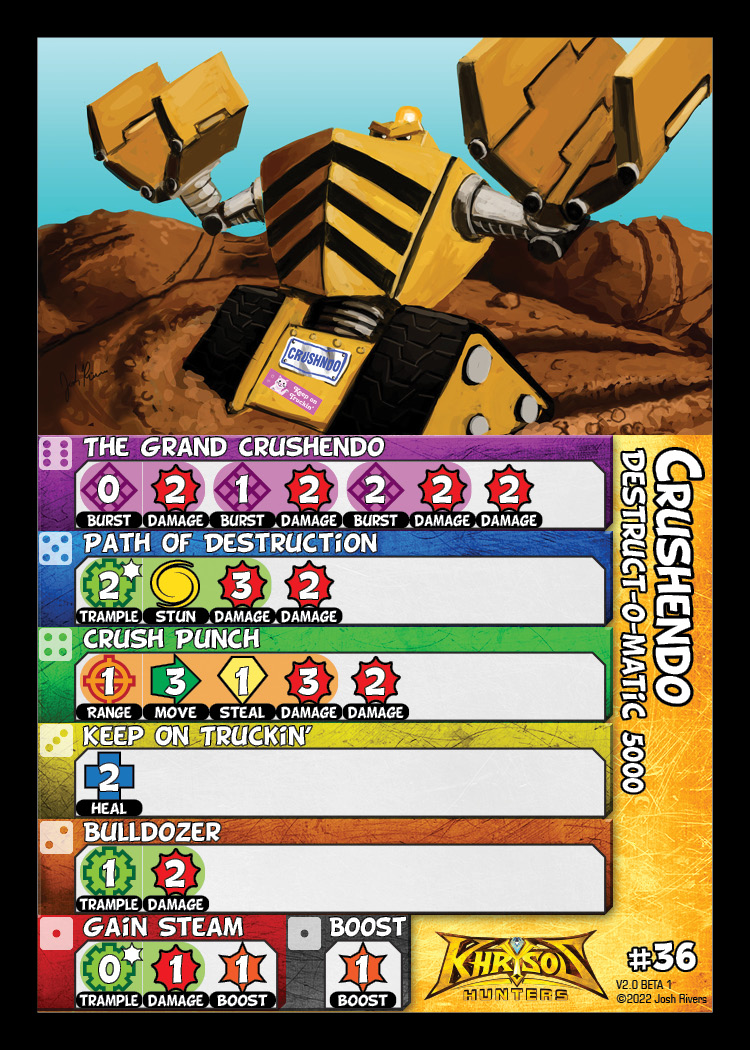 Once per turn you may place a rubble token over a wall or obstacle adjacent to CRUSHENDO. Rubble tokens can be moved through normally.

Built as a DESTRUCT-O-MATIC 5000 demolition bot, CRUSHENDO saw several years as a mindless piece of automated equipment doing what he was designed to do: taking things that are things making them - not- a thing anymore.

While the details are unclear as to what happened, he found himself broken down and, as aftermarket parts for a DESTRUCT-O-MATIC 5000 are very hard to come by after the 7000 series came out, was deemed destined for scrap.

But what seems to have happened is someone (either out of compassion or morbid curiosity) found CRUSHENDO repaired him and heavily modified him with an advanced intelligence processor unit.

With his new lease on life from his mysterious saviour, CRUSHENDO went off to seek his fortune.

Since then he has mostly continued in demolition with a brief (and mostly unsuccessful) foray as a private detective.

Always on the lookout for a way to break out of his career rut, CRUSHENDO hopes the Khrysos Treasure will help him start his new dream job as a landscape architect.