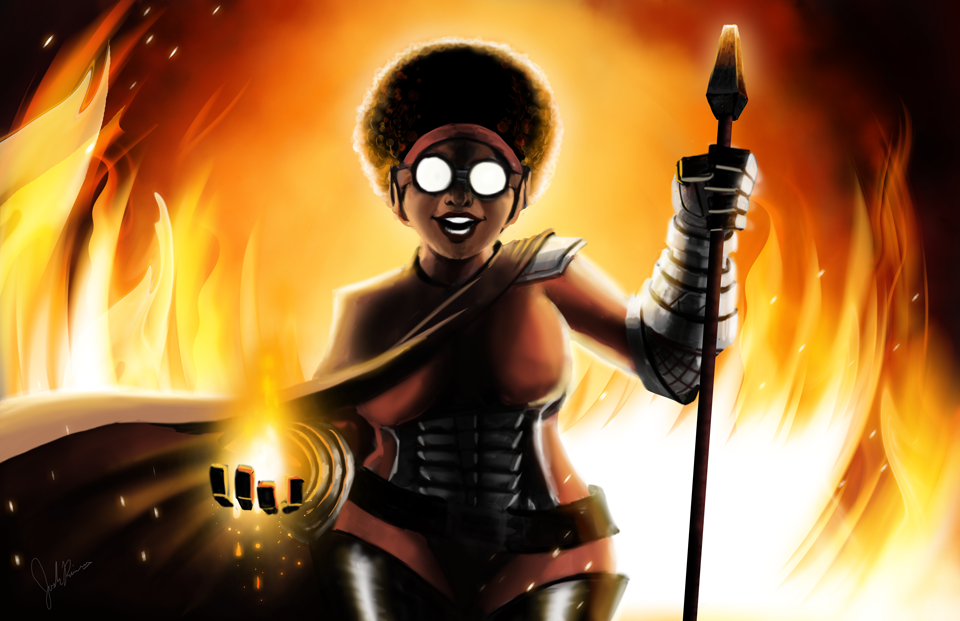 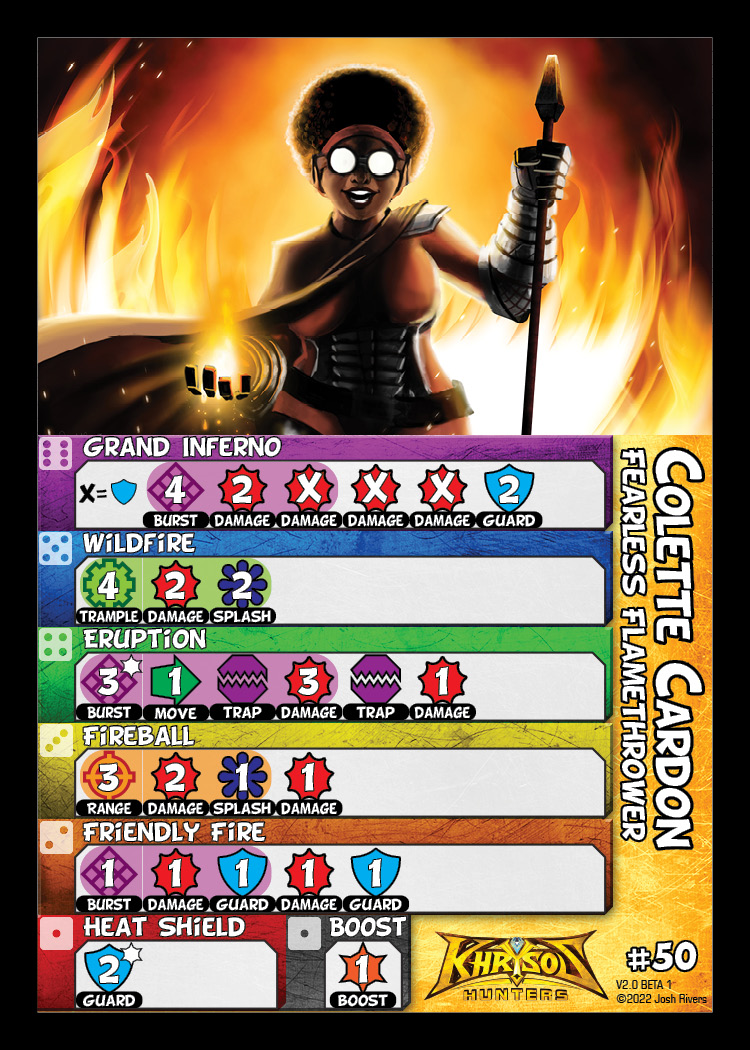 For 2 energy, target an unoccupied normal space within range 2. Place a Fire token on that space.

Fire tokens can stack. This ability can be used multiple times per turn.

Tiles with fire tokens are treated the same way as lava.

Fire tokens can be targeted and take damage. A fire token is removed if it takes 1 damage.

Colette Cardon is an accomplished volcanologist. She has spent many years travelling to many worlds researching and studying some of the harshest volcanoes in the galaxy.

She is highly respected in her field for her fearless pursuit of research and the vast amount of data that her work has produced. However some of her critics point out her fearless attitude and unorthodox approach to research that borders on unethically reckless.

Spending so many years in some of the most extreme environments, Colette has developed an extremely high tolerance to intense heat. She has been known to go closer and deeper into volcanic areas when other team members and researchers have fallen back for safety. She has a reputation for going out in the field with far less protective gear than her fellow researchers she is working with, and, in some cases, has gone into the field with no heat protection at all.

But while she carries a reputation for a disdain for protective equipment, she has made great contributions to the development of advanced heat protection gear herself. When she joined the Khrysos hunt, she arrived with a suit of custom designed heat resistant body armour. Additionally, (and to the dismay of those facing her) she equipped herself with flame manipulation gauntlets that allow her to control fire with her hands, and her "matchstick", a spear-like tool whose metal tip is so hot it can ignite objects on touch.

While she claims to be joining the hunt "for research purposes", those who know her feel that it's more her brazen adventurous spirit, her curiosity for the unknown, and her (apparent) lack of concern for personal safety.