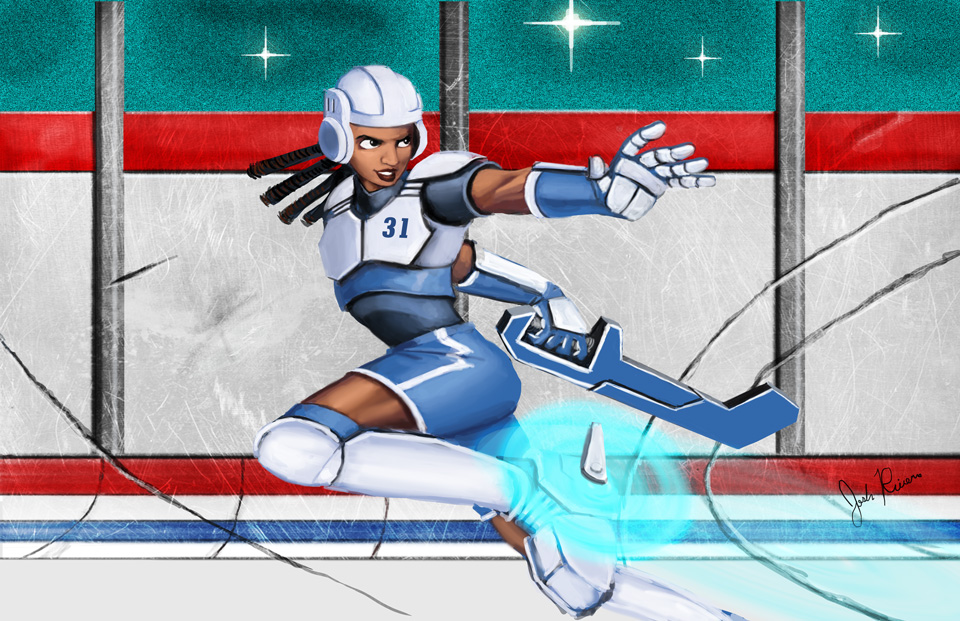 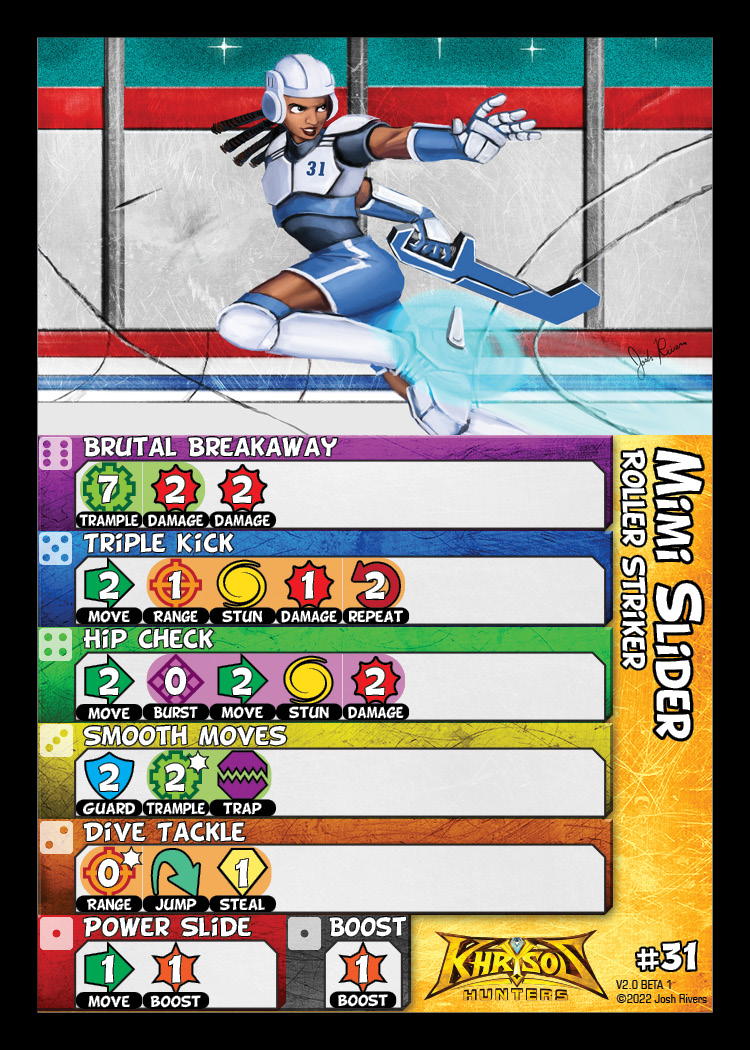 If Mimi ends a movement (in action or otherwise) next to a wall, you may move 1 extra space.

Mimi Slider is a star player for the Extonia Icewings Furyball team.
A full contact sport played with blunt objects and high speeds, Furyball is a game for people who don’t mind taking a hit (and enjoy dishing out some of their own).
Mimi Slider is one of those people.
Players move around the court on foot mounted plasma blades propelling them to extreme speeds.
Mimi is known in the Furyball community as one of the most agile and dexterous bladers in the game. She can spin and dance through a dozen players with ease but she is more known (or feared) for her offence.

Mimi loves a challenge, which is one of the reasons she started playing furyball. Growing up in a rather well-to-do family, she wasn’t presented with too many challenges, so she learned to seek them out. Furyball was a great way to push her limits physically and mentally. However after several years, she felt like a new venture was in order.
When she heard of the Khrysos Hunt, and that her childhood friend, Shaya Thenn was joining, Mimi signed up to take her aggressive skills to the new galaxy.

“You won’t win if you can’t take a hit. Hit them hard and find out if they’re winners or not.”
Mimi Slider
©2022 Josh Rivers