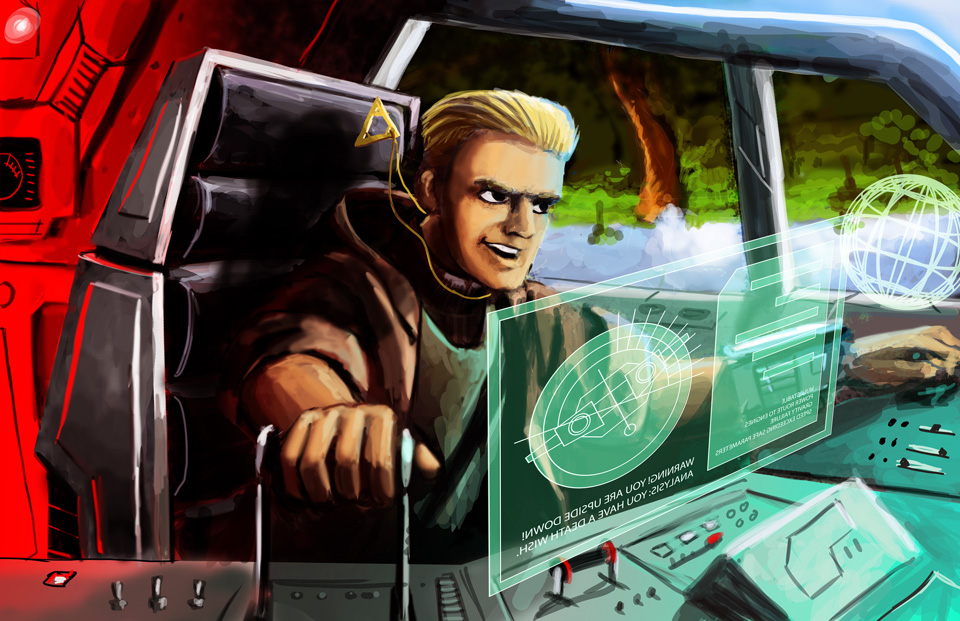 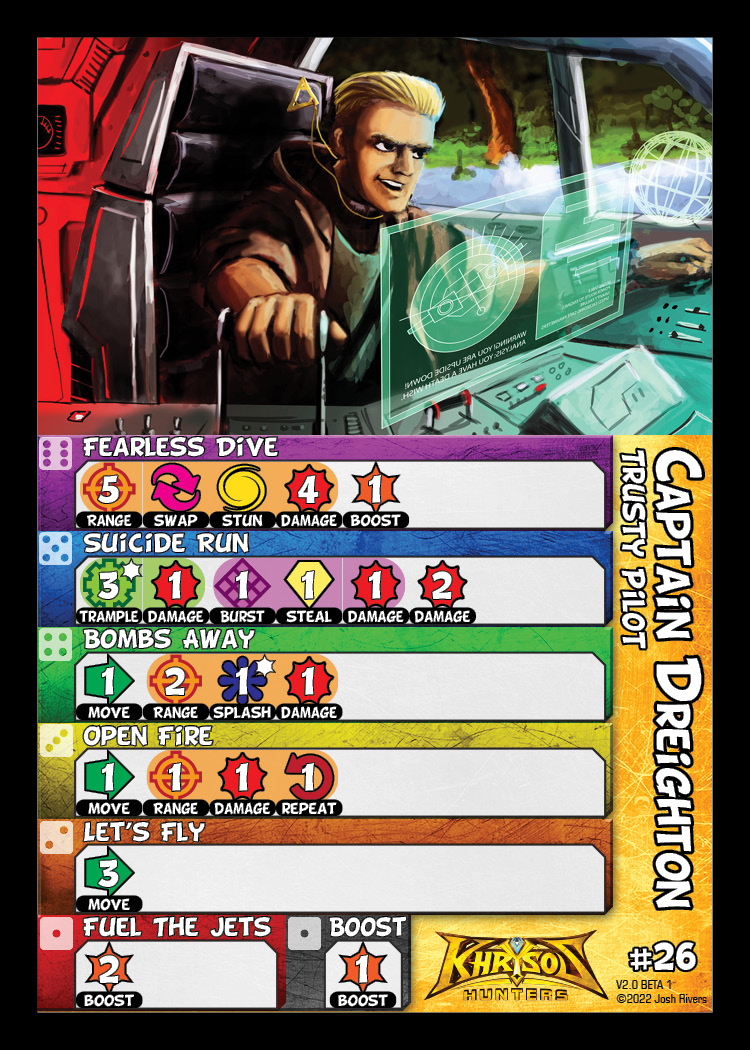 For every boost point used on Suicide Run or Bombs Away, you may place a fire token on an empty space within the target areas after the action is completed.

Tiles with fire tokens are treated the same way as lava.

Fire tokens can be targeted and take damage. A fire token is removed if it takes 1 damage.

The fearless captain of the bounty hunter team the Blood & Ashes and the daring pilot of the ship of the same name, Captain Dreighton has had his share of adventures. After a rather unfortunate incident on the jungle world of Ra’hoon, Captain Dreighton found his team shorthanded and in need of some new recruits.

He hired Rush and Vent onto the team and their bounty hunting exploits began.

Always quick to pick up on the possibility of a big score, Captain Dreighton quickly set out to join the Khrysos Hunt.
He is a terrific pilot and a cunning tactician, although his plans may seem a little high risk (especially to those his plans put in harms way), but he (almost) always comes out the other side unscathed.
He’s always a great leader in a pinch and a trustworthy friend. However, they say there are some in the galaxy who would beg to differ.

“Remember what I said about the plan? I said it’s safe, easy and we’re all going to be rich. … Well there’s been a slight change in plans.”
Captain Dreighton
© Josh Rivers