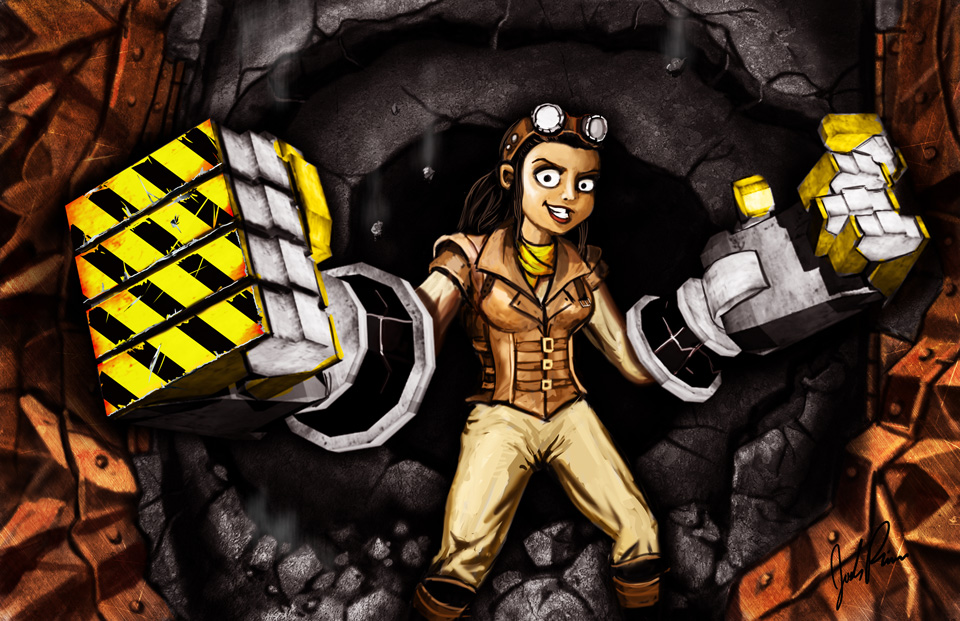 FACTS:
Usually pretty quiet but gets really loud when excited
Small but actually pretty strong (even without gauntlets)
Can dismantle a tank with her bare hands (not easily, but she can do it)
AGE:
18
SEX:
Female
HEIGHT:
4' 8"
WEAPON of CHOICE:
Mecha-Gauntlets
AFFILIATIONS:
None 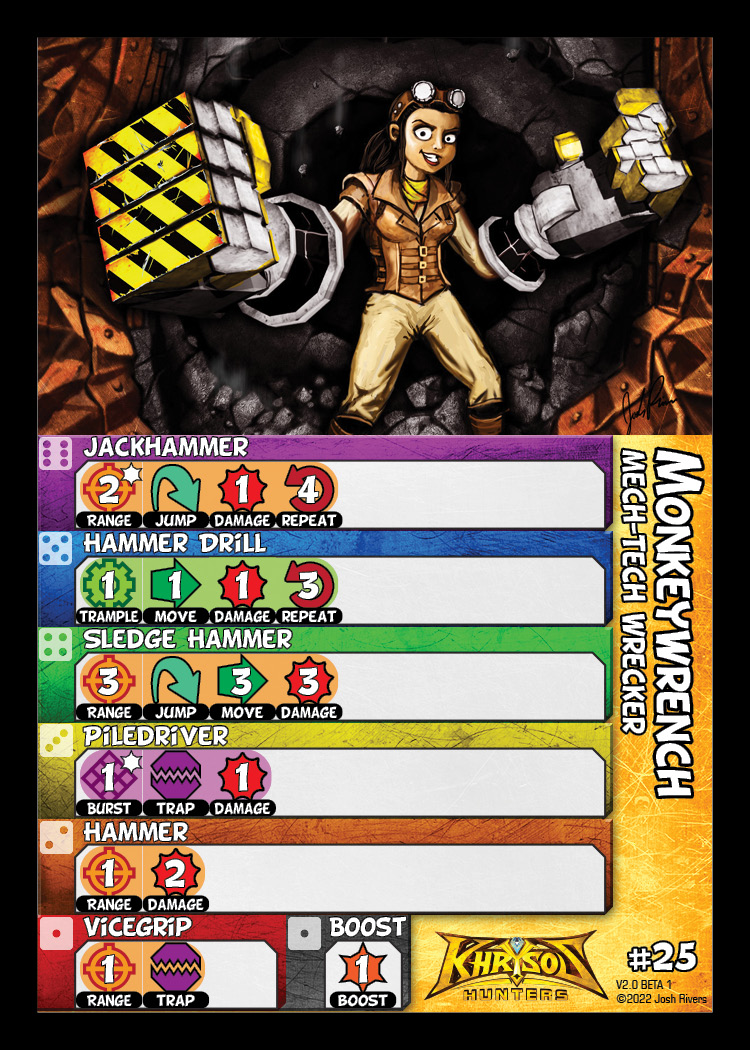 Hammer can hit targets through walls. Place a rubble token over the wall.

Rubble tokens can be moved through normally.

Her parents own the third largest scrap yard in the solar system so Monkeywrench grew up as junkyard royalty.

She showed an early aptitude for technology, disassembling and reassembling the droids, ships and mechs that were dropped off to be scrapped.

She is a brilliant tinkerer and enjoys building her own (sometimes useful, often bizarre) creations from the parts she salvages.

Her pride-and-joy creations are her trademark mecha-gauntlets, retrofitted with Konn-Gen anti-grav stabilizers, they feel as light as a feather, but are strong enough to crush a starship down to sheet metal.

She has made a name for herself as one of the best mech technicians in the galaxy and mech and tank pilots from all over come to her for repairs or retrofits.

"It's easier to get your hands on the treasure... WHEN YOU HAVE GIANT ROBOT HANDS HAHAHAHA!!!"
Monkeywrench
©2022 Josh Rivers