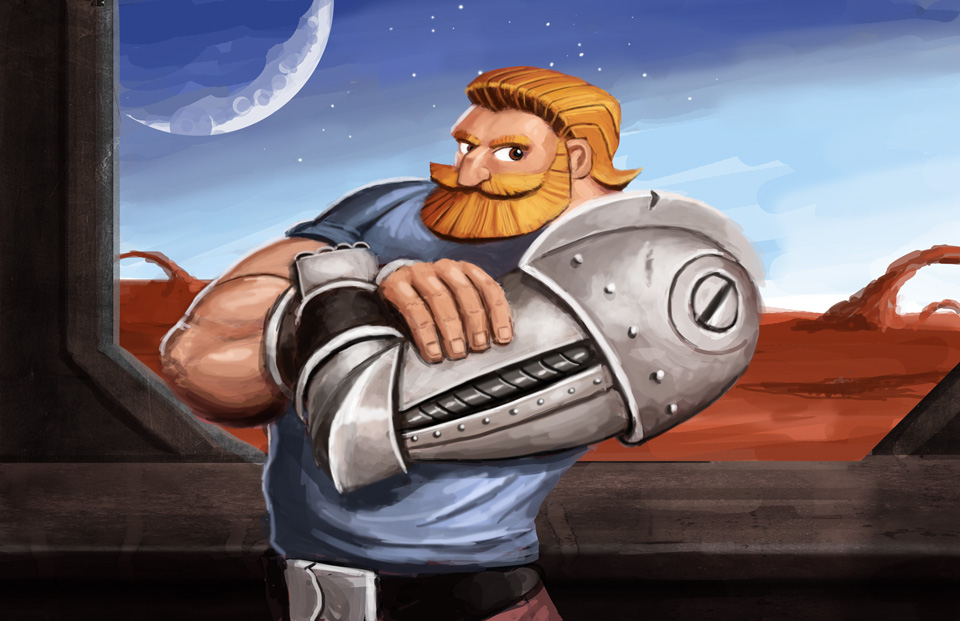 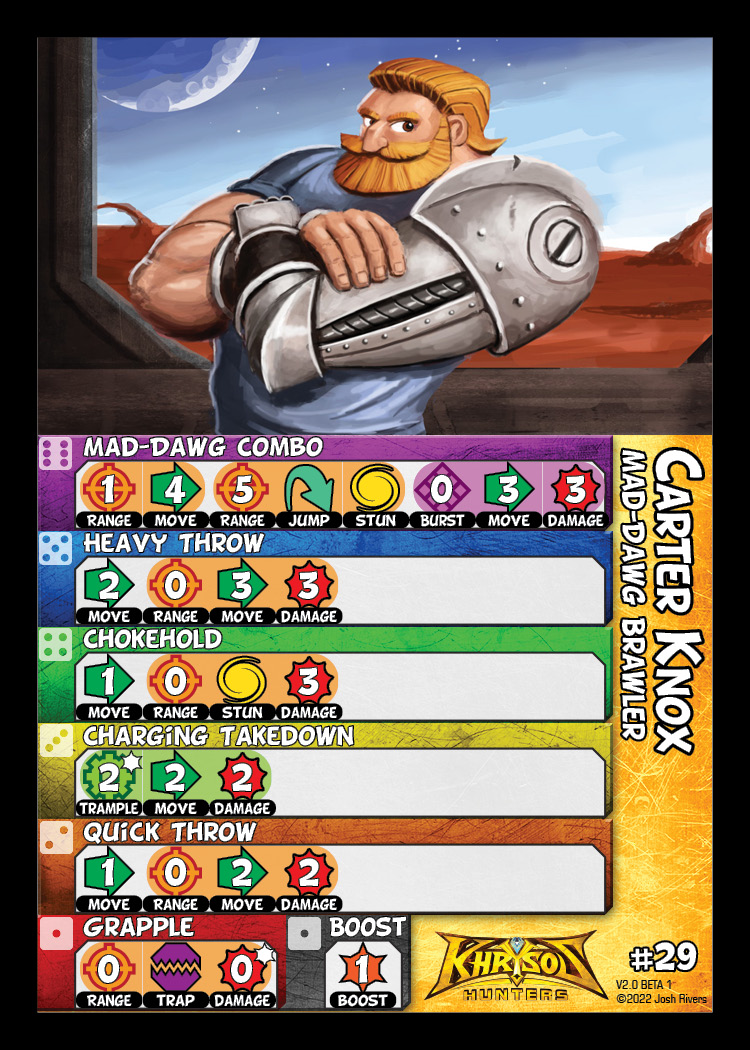 When using Quick Throw or Heavy Throw, if the target is moved on or through another hunter or hunters, you may divide the damage between them any way you like.

Carter Knox is a former police officer from Skyfar who left in search of a more exciting career as a mercenary.
His solo career was diverse leading him to jobs such as bouncer, smuggler, body guard, bounty hunter, and, on a single occasion, kitten wrangler. He even had a short career as a part time underground wrestler.

"When life deals you a bad hand, build a better, stronger mechanical one, and use it to sock life right in the jaw."
Carter Knox
© Josh Rivers