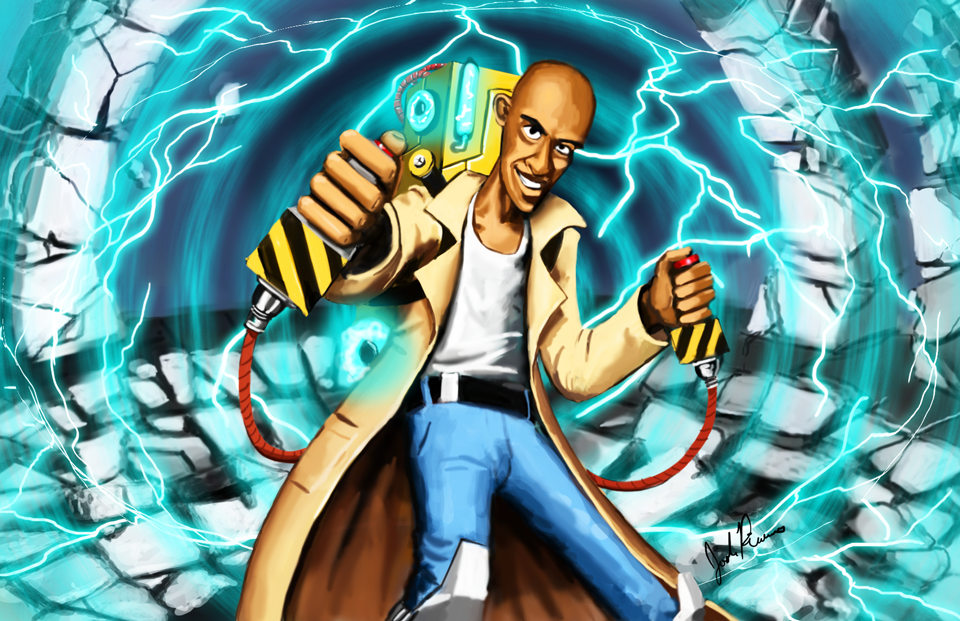 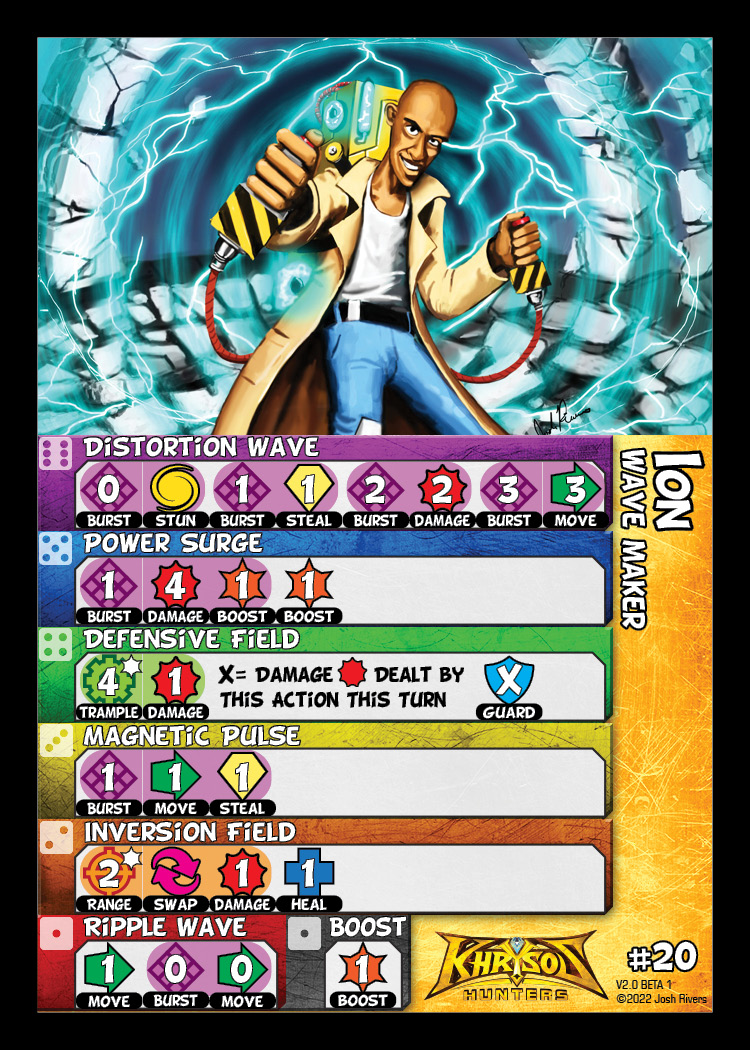 For 1 energy, you can collect a treasure on an adjacent Treasure Zone.

Ion is a research engineer at Konn-Gen Industries. During his career he developed many new technologies, his field of expertise being in gravitational field generation and manipulation. Many of the technologies he worked on are used today in everything from star travel to terraforming.
But when the Khrysos Hunt began, Ion felt that it was time to retire from research and make some waves. Literally.

He built a wearable device that could allow him to manipulate gravitational and magnetic forces around him at will. With his new GAMMA Pack (which stands for Gravitational And Magnetic Manipulator Apparatus) charged up, he feels like he has a chance to come out on top and, like in his past field, excel in his new found career as a Khrysos Hunter.

"Getting what you want in life is all about knowing where to precisely apply pressure. When precision gets too hard, a gravity pulse in the broad vicinity works pretty well as a plan B."
Ion
© Josh Rivers