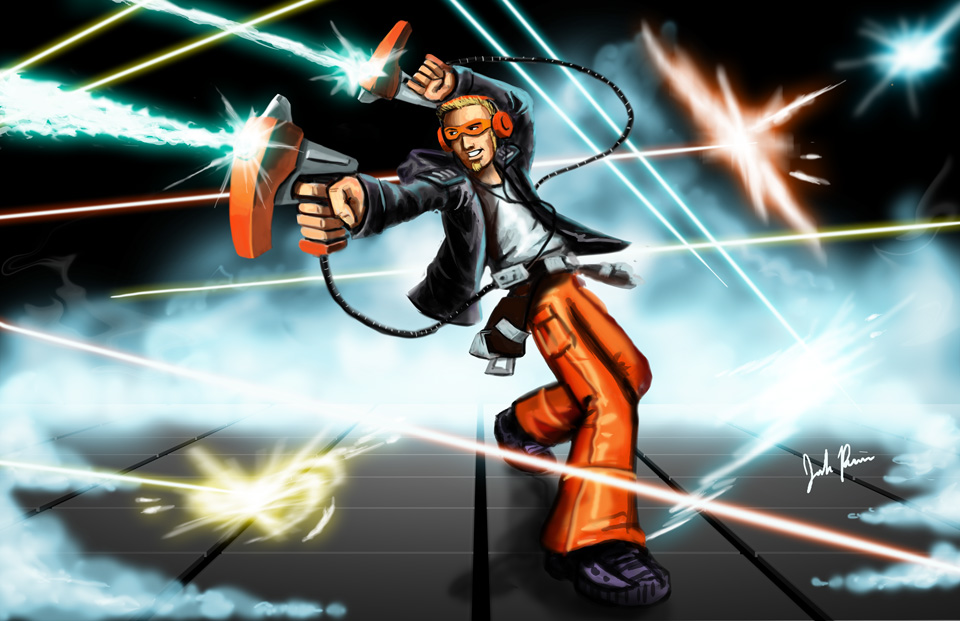 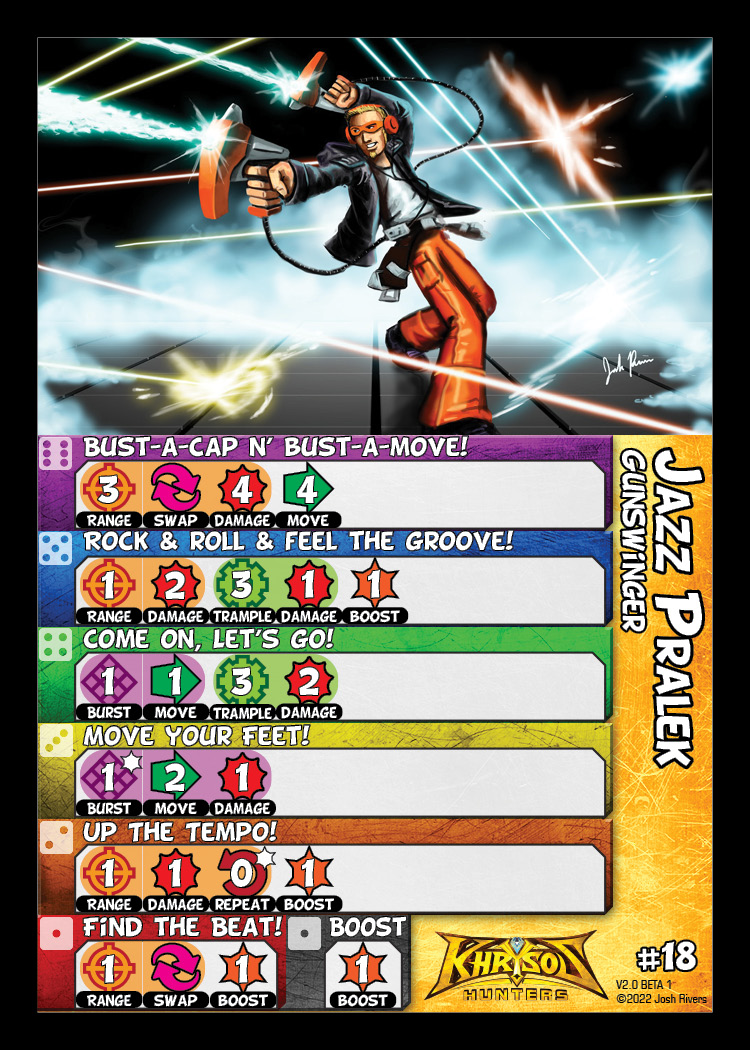 If Jazz is targeted by another Hunter, you may spend a focus card to move 1 space. If this moves him out of range of the Targeting icon he does not take the effects. The rest of the action happens as normal, targeting the space he was just on.

Jazz is a wandering gun for hire. His fast moves have granted him a reputation for never losing a showdown. And that’s just for dance-offs. When it comes to quick-draw he’s even more formidable.

Jazz has always been one to follow his own rhythm. He seems from the outside to have no loyalties or even a consistent code of ethics. He will be an outlaw one day and a lawman the next.

He claims to simply follow however the music leads him, and the music never stops. He is never seen without his trademark headphones (which are strangely connected to his trademark blasters) and has music blasting into his head constantly.

He claims the music helps him concentrate, but his behaviour is so erratic it's hard to imagine how much worse he would be without it.

But it seems to work when it comes to his fighting skills. His whirling, popping, locking movements make him an infuriating target to hit, and a humiliating opponent to lose to.

When asked why he wanted to join the Khrysos Hunt, he replied: "Because the rhythm of the Khrysos Galaxy calls to me!"
… whatever that means.