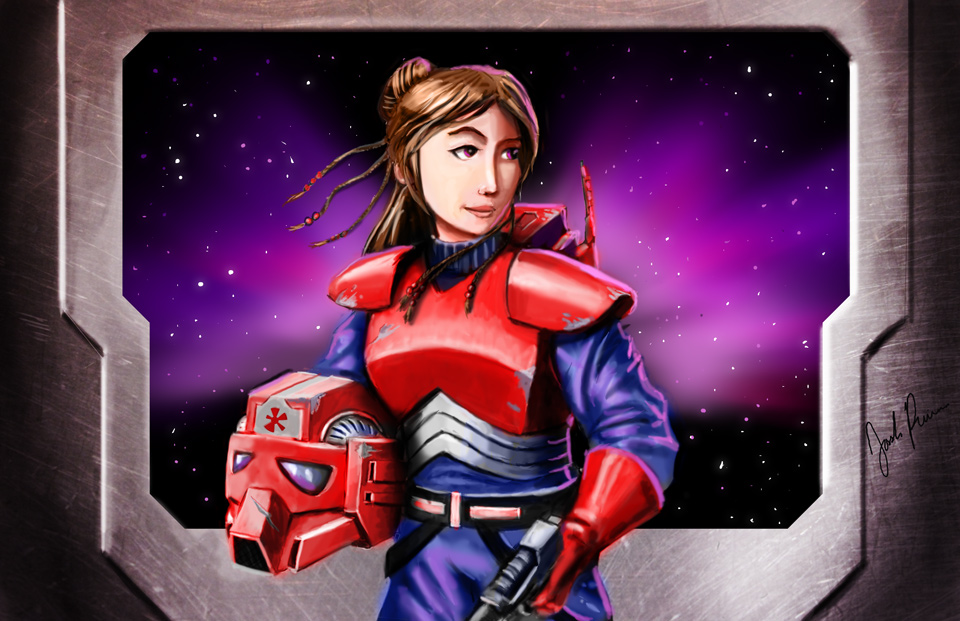 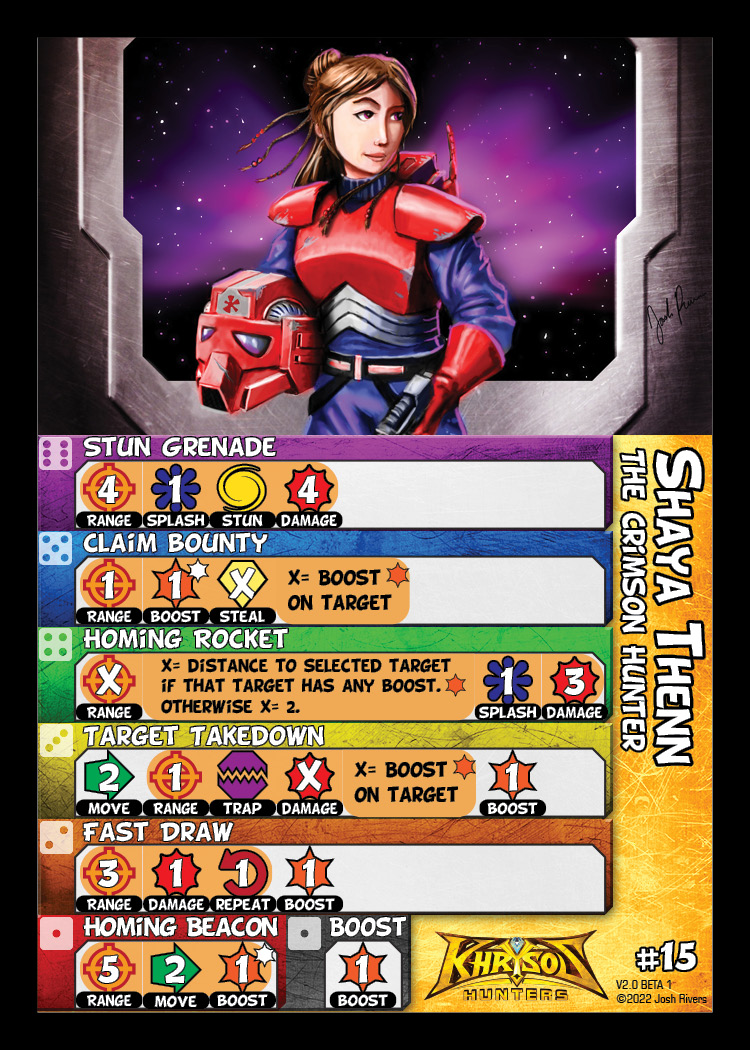 Once per turn, you may discard a focus card to jump to another Hunter if that Hunter has any Boost.

Growing up in a large family with 3 rowdy brothers on the one of the moons of Orbara, she learned how to hold her own in a scrap. When her parents died, Shaya became the provider. To help support her family, she took a job at the local starport as a dock hand. It wasn’t long before she learned how to fly a ship and how to navigate her way around the galaxy. The environment at the docks however, bothered her with the constant smuggling and shady dealings. She decided to strike out on her own and find honest, legal work. Bounty hunting, as it turns out, came naturally to her.

One time upon returning from a mission, she discovered that her brothers had gone missing. She feared that they had been kidnapped as retaliation for one of her bounties, and was mortified at feeling responsible for what happened. She left their home and began a mission to find her lost brothers.

But she still had to work. She continued bounty hunting to fund her quest and eventually found her way into the company of a small crew of wayward hunters like herself.
They called themselves the Five Moons as they each came from one of Orbana's habitable moons. They used their various skills to become a unique team to tackle unusual or challenging jobs, and they became a new family for each other.

They all had their own personal dreams and vendettas and they vowed to aid each other in their goals.

When the Khrysos Hunt began, they knew this was their big break. It was their change to make it big, retire from hunting and complete their quests.

Shaya knows the Khrysos Treasure is her key to at last finding her long lost brothers.

"Blasters are great, but few things are as satisfying as taking down a prey with your bare hands."
Shaya Thenn
© Josh Rivers