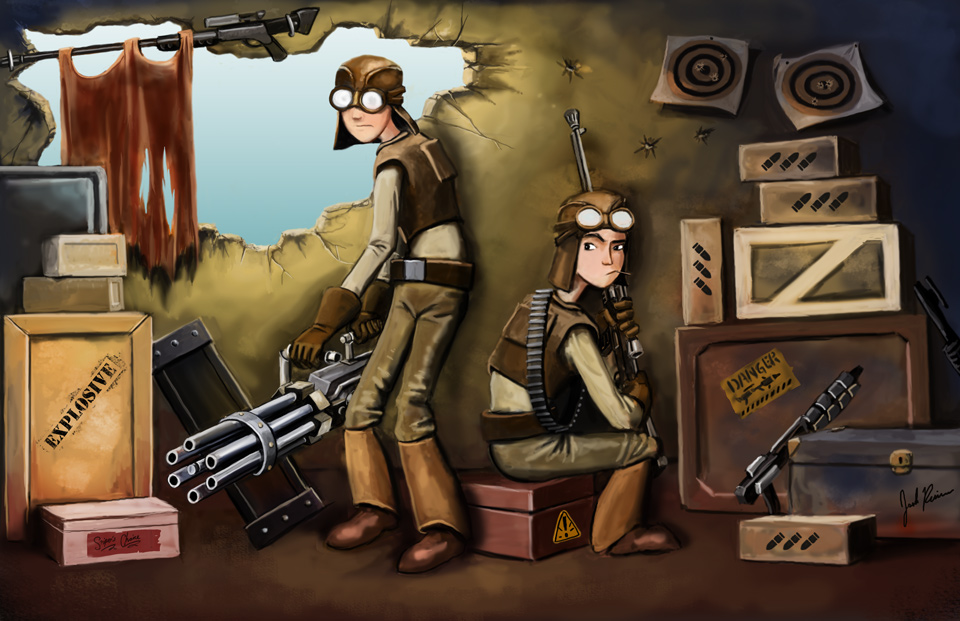 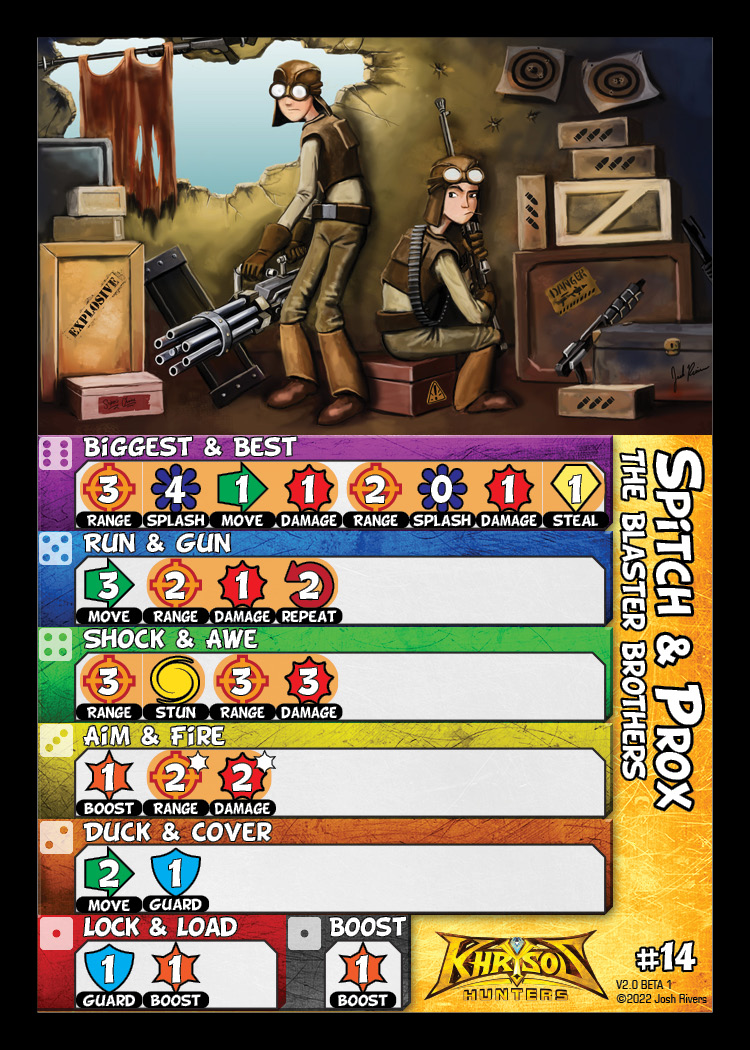 You may use the two Spitch and Prox tokens on the board instead of your Hunter Die. If you do, place your Hunter die on your Hunter card to track your hp.

You can split movement between either token and either one can perform actions. You can switch between tokens in the middle of an action, but not in the middle of a target effect. Both tokens share hp, status points and treasure.

Growing up as orphans on Underbridge Starport, the twin brothers Spitch and Prox Mantis survived as scavengers, finding parts to repair and sell to the traders and pirates coming through.
They discovered that they had a knack for munitions and became very skilled in repairing and modifying a wide range of weaponry.

Their operation grew and they gained a reputation as a source for guns and ammunition for pirates and smugglers.

They also gained a reputation as two people you didn't want to cross, as they were as good at using the weapons as they were repairing them.

They toured the galaxy as Weapons Masters aboard several pirate crews but their loyalty to each other was more than to any captain, and they found themselves more comfortable in the role of mercenaries than crewmates.