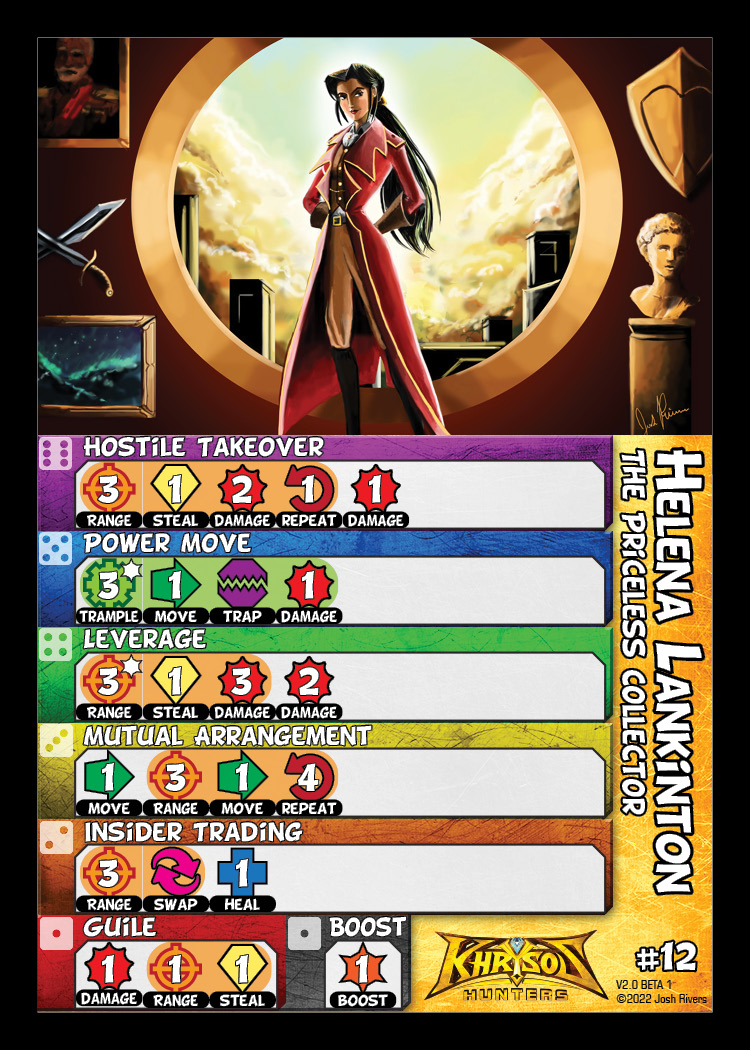 If a hunter within range 1 declares an action, you may spend a focus card to control that hunter for the duration of that action. Can only be used once per turn.

Never satisfied with someone having something she doesn't have, she became obsessed with the Khrysos treasure.

She makes it her goal to acquire as much of the Khrysos treasure for her private collection as she possibly can.

Some suspect she has ulterior motives and using the treasure for experiments within a secret research facility.

Doctor Ed. denies it's a secret.

I always get what I want. The trouble is I want so very many things!
Helena Lankinton
© Josh Rivers