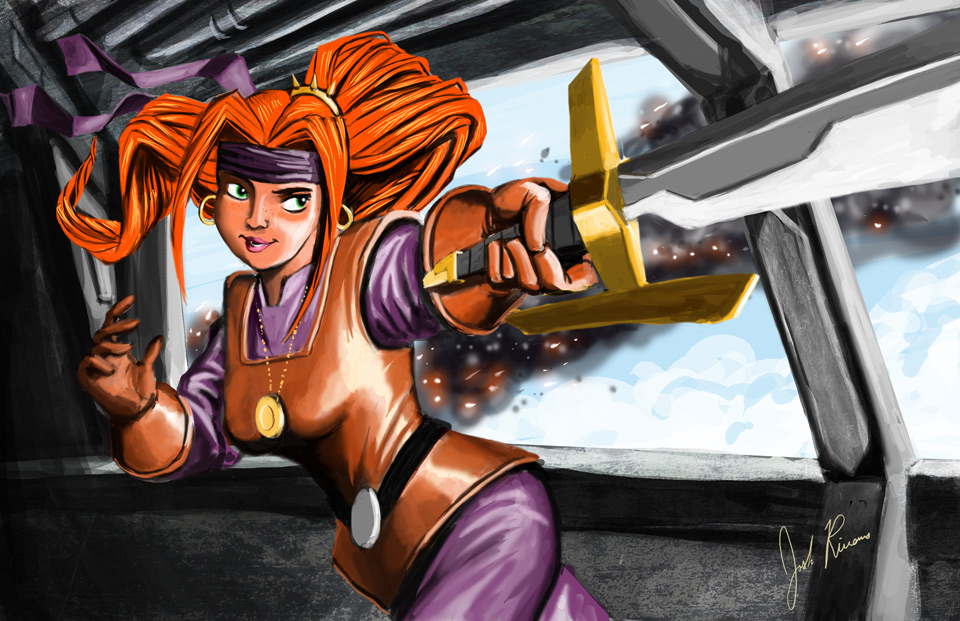 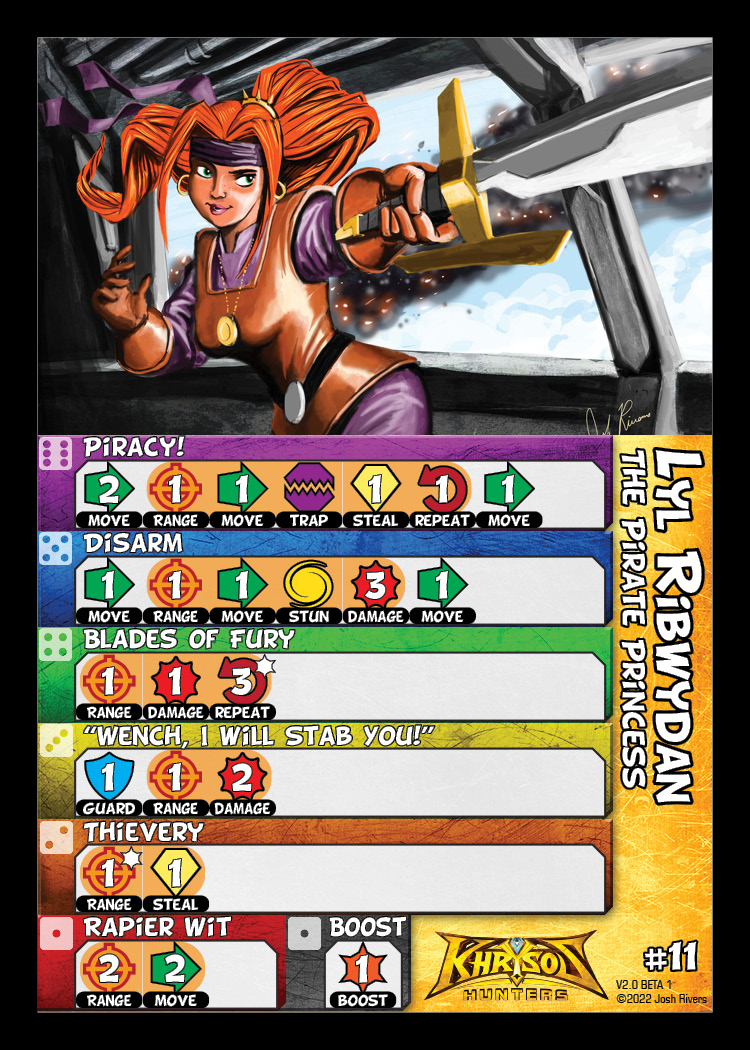 If Lyl ends her turn next to a Treasure, she gains 2 boost.

Of noble pirate heritage, Lyl is the daughter of space pirate captain Rylus Ribwydan (also known as Red Ribwydan). Her father was killed when his pirate crew mutinied. Lyl barely escaped with her life.
The mutineers had taken her ship, her bounty and her father but she still had her wits and her sword. She swore vengeance against the rogue crew and seeks to start her own crew someday to hunt them down but ships and crews don’t come cheap. When Lyl stumbled upon the existence of the Khrysos treasure, she knew this was her chance of striking it rich. With her expert fencing skills and a knack for “acquiring” treasure, Lyl is more dangerous than her small frame would suggest.
Proud to the end, Lyl Ribwydan is not to be underestimated. There are also rumours that she carried something else from her father’s ship when she escaped. Something the pirates want back. Word is they are scouring the galaxies for her. It is possible her greed and overconfidence will come back to haunt her someday.

"I just want what any girl wants; Revenge! And a pile of treasure!"
Lyl Ribwydan
©2022 Josh Rivers