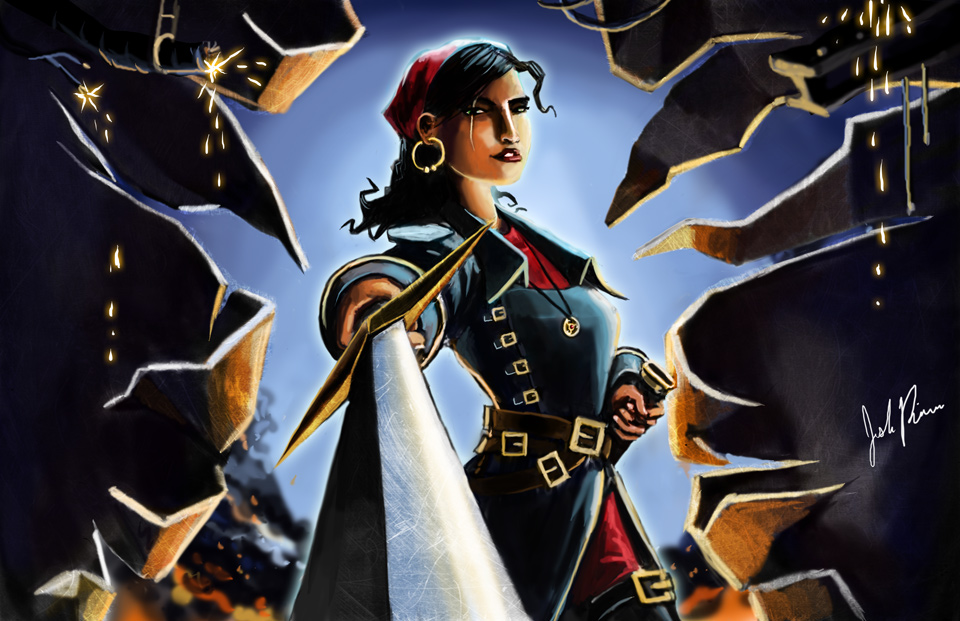 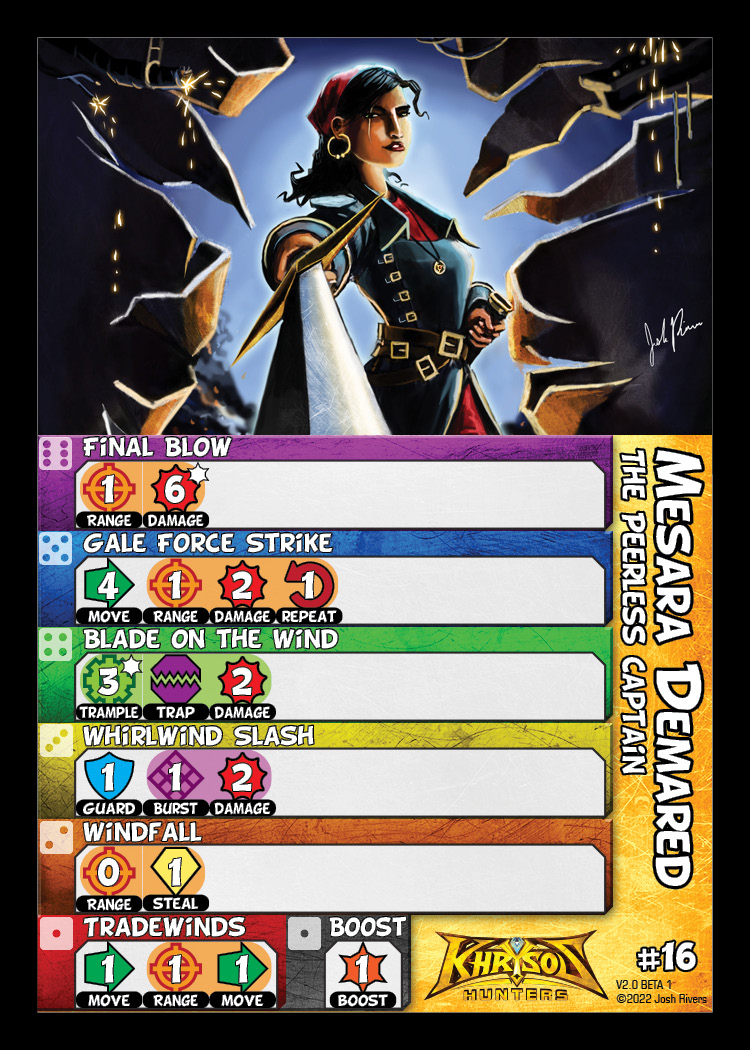 Once per game Mesara may distribute all collected treasure evenly between all players. If there is a remainder, it is removed.

There is no one like Mesara Demared, let alone another pirate.

Her calculating methodical tactics and political maneuvering have earned her both respect and a reputation to be feared.

A pirate prodigy, she went from recruit to captain of her own ship in less than a year.
She commands with a code of justice and order, a trait that made a name for herself in the pirate world.
She is a ruthless swordmaster and has been known to hold her ground against dozens at a time.

Her infamy grew until she found herself flying under the command of the feared and legendary Captain Black along with four other mighty captains.

When Captain Black died, Mesara and the four captains formed the pirate syndicate The Black Five.

Mesara has a sister Faye but Mesara hasn't heard from her in years.
Not since Mesara borrowed Faye's share of their parent's estate to buy her way off planet to become the legendary pirate she is today.
Apparently Faye ran off to become a bounty hunter. Maybe they will get a chance to reunite one day so Mesara can repay her debts.
Maybe Faye doesn't even remember what happened.

Just because I'm a pirate doesn't mean justice and fairness aren't important. For example, give me all your treasure and I'll let you live.
Mesara Demared
©2022 Josh Rivers