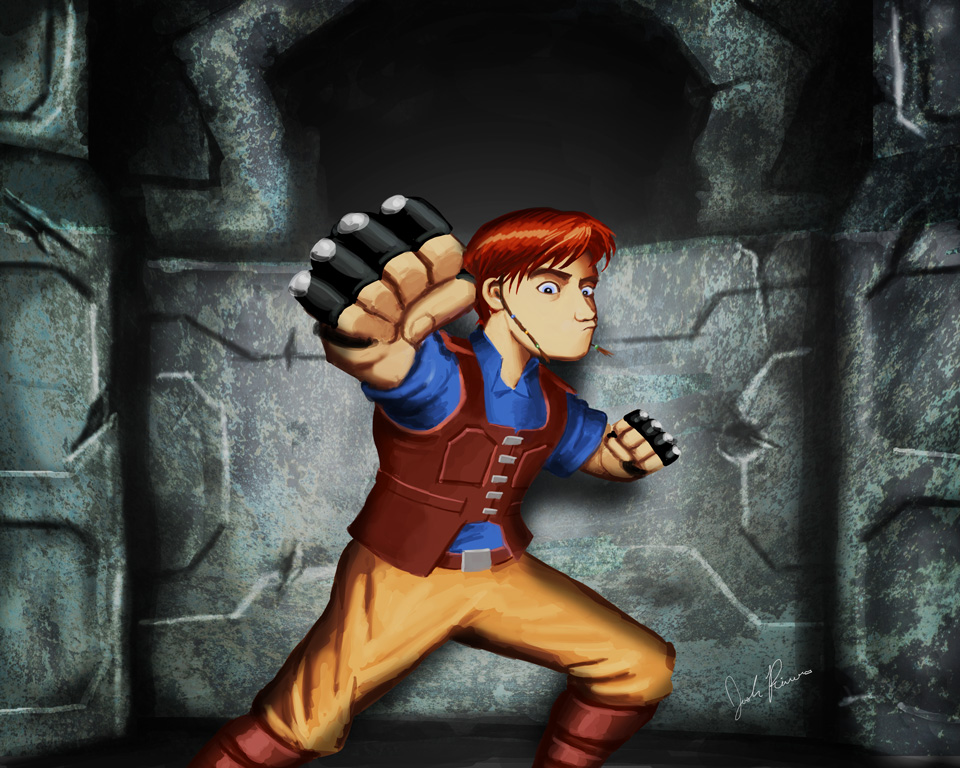 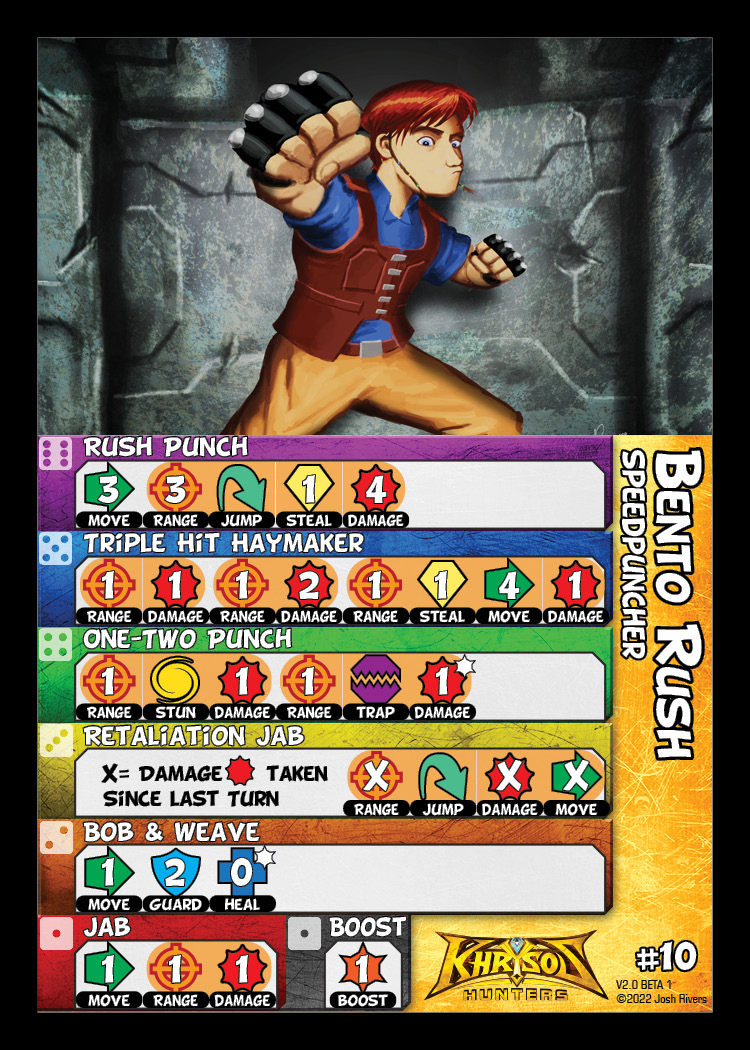 If rush takes Damage from a Hunter within range 1, you may immediately spend a Focus Card to deal 1 Damage to that Hunter.

He is generally energetic and good natured but he seems to have some emotions that he keeps inside. That is until a fight breaks out. Then he becomes a raging tornado of fury (or occasionally a furious tornado of rage).

Although often conversational, Rush doesn’t talk much about his life before The Blood & Ashes. We do know that he ended up with enough bad debts that he needed the money. It’s unclear how bounty hunting became his obvious choice. He is sometimes seen writing letters back to Vekeen but nobody really knows to whom he is writing.

“To save time, I’ve stopped asking people if they want to fight, and just punch them.”
Bento Rush
© Josh Rivers