The Hunt Is On!

Mysterious treasures have been discovered hidden in the ruins of a lost civilization in the distant Khrysos galaxy.
The fabulous bounty is there for the taking but the competition is fierce! Only the bravest, cleverest and toughest treasure hunters in the galaxy have what it takes to compete for the fortune of a lifetime.
These rogues, heroes, thieves and pirates are known as the Khrysos Hunters.
They will need to team up and give it all they’ve got if they plan to beat the other contenders to the Khrysos treasure.
Let the hunt begin! 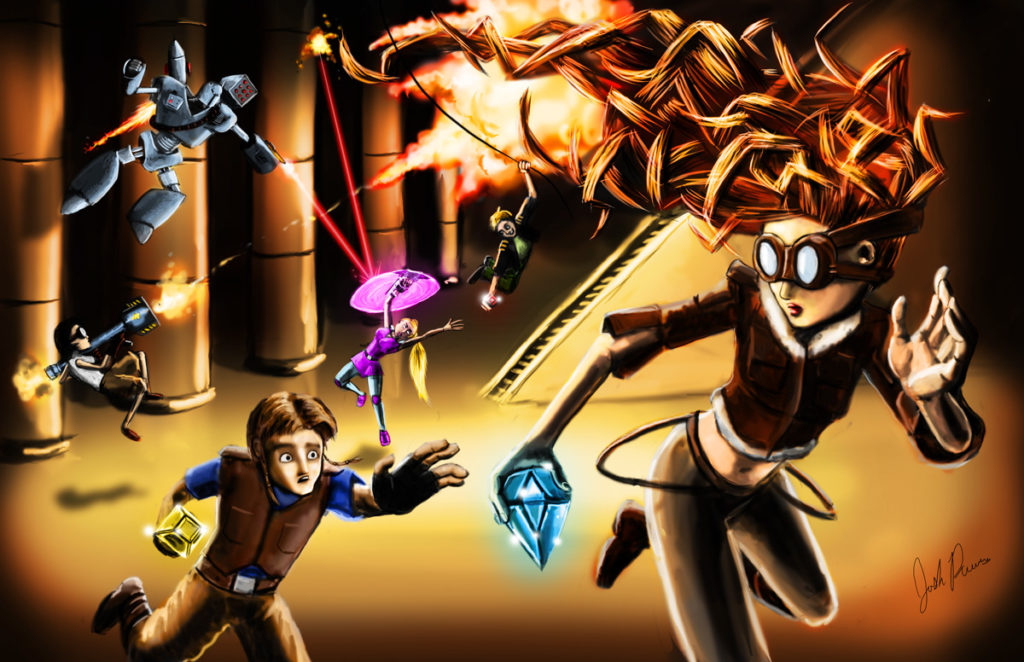 It's been a few years since Khrysos Hunters card game was released and we've been working hard on improving on our original concept to deliver a BIGGER, FASTER, BETTER gaming experience!